Pestera Ursilor (The Bears` Cave) was the first cave in Romania arranged according to modern tourism standards.

It was accidentally discovered in 1975 inside the limestone quarries from Chiscau village.

The cave has a length of 1500 m and is structured on two distinct levels (the Upper Gallery and the Lower Gallery). The cave shelters beautiful structures. What makes it famous is actually the remarkable paleontological deposit – the bones of Ursus Spealeus.

The same discoverers (the miners) vandalise the cave and destroy most of its limestone structures.

On September 17th 1975, during the exploitations at the limestone quarries in Chiscau, a hole cracked in the rocky wall.

One of the workers, Mr. Traian Curta, dares entering in the unknown cavity. The limestone structures thesaurus, as well as the paleontological thesaurus, promises a great discovery. Mr. Curta notifies his superiors. Their first impulse is to dynamite the cavity so not to endanger the ongoing quarries exploitation.

In the first phase, the quarries` administration attempts to seal the cavity by dropping ballasts tanks.

Having their lesson learned from the previous experience with Fagului Cave, the speleologists in the area try to protect the cavity. They guarded the entrance of the cave, until the mobilisation of competent authorities.

A few days after the discovery, the Bihor County management decides to place military security guards at the entrance of the Ursilor cave. In the following period, the cave is closed for study and inventory of the speleological patrimony. During 1977-1978, arranging works are carried out.

Since 1980, Ursilor cave is open for the public, becoming a managed tourist attraction.

Location: Ursilor cave is found in Chiscau locality, at the foot of Bihorului Mountains, at the border of Apuseni Natural Park. The underground void expands inside the left versant of Craiasa valley, in Magurii hill.

Description of Pestera Ursilor: 1500m long, of which 800m is the arranged upper level and the rest of 700m covers the scientific reservation.

The ancient entrance, used by the cave bear, seems to have collapsed, trapping a number of bears inside.

Visiting Pestera Ursilor ( Bears` Cave): We suggest you to visit the cave during the week, considering the numerous visitors in the area in weekends.

You can leave your car in the parking space of the cave. You`ll have to pay a small parking fee. The access to the cave is facilitated either by flight of stairs, or by road ascending the hill inside which the cave was formed.

The cave entries are every half an hour, so you`ll need to wait the formation of a group. You can wait on the building`s terrace, which offers a splendid view on Tataroaia peak – 1290m and Craiasa valley.

Better you to pay the photographing fee, it is worth it. In summer, as in winter, the cave temperature is constant, ~10 degrees (Celsius). For your own comfort, we recommend taking some extra warm jacket or clothes.

Food and drinks, as well as touching/breaking the structures inside the cave are strictly forbidden.

The visit lasts around 30 minutes.

In case you`re not a Romanian speaker, it`s best to bring a guide or a person able to translate the presentation of the cave guide. Unfortunately, the administration of the cave has no foreign language speakers employees.

If you need a local guide speaker of English, Hungarian of French don’t hesitate to contact us.

Description of touristic arrangement: the site included the building of the access road to the cave, the administrative building and arrangement of the cave.

In order to ease the visitors` access to the cave, an artificial access gallery was dug during the works. The initial entrance was covered in concrete. The arranged gallery is actually the upper level of the cave, covering 800m.

The gallery of the cave is divided naturally in three large sectors: the Bone Gallery (the initial path of access), the Emil Racovita Gallery and the Candles Gallery (where the tourist route ends).

Bone Gallery – a part of the cave`s paleontological thesaurus can be found here. The bones can be seen even from the tourist trail. Such fragments helped reconstructing the bears` skeletons, which are exhibited inside the cave.

The Emil Racovita and the Candles Galleries stand out through the variety of limestone structures, such as stalactites, stalagmites, calcite water pools and stalagmite domes. The Candles Gallery resembles a petrified forest, due to its numerous and spectacular structures. 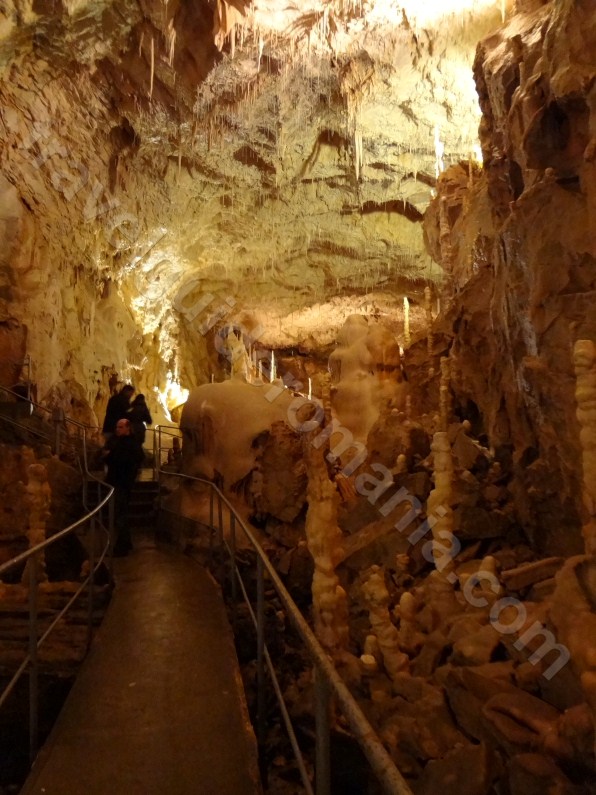 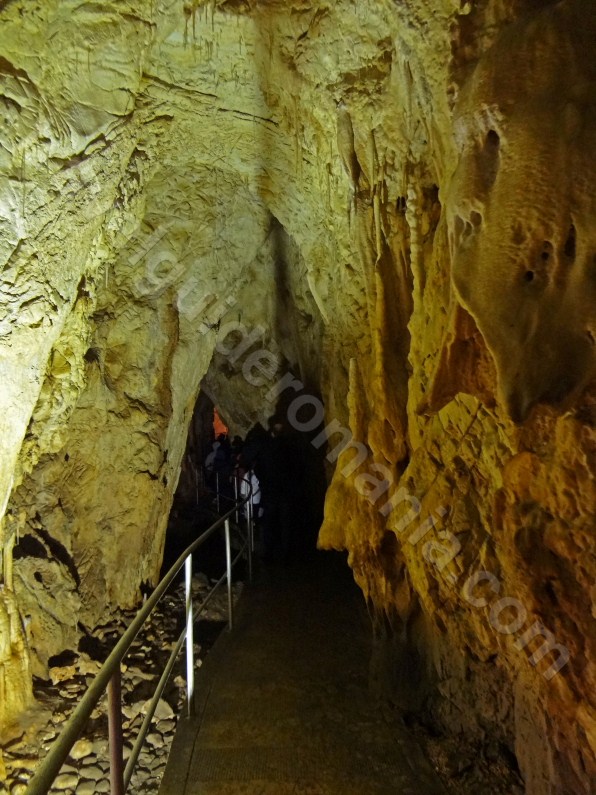 The tourist tour closes with the exhibition of a reconstructed cave bear skeleton.

Unfortunately, the large number of tourists has left its mark upon the cave and the bones inside. If you look closely in the illuminated areas, you can spot green moss. It has started to grow also on the exhibited pieces (bears` bones) on the trail. The most affected seems to be the skeleton exhibited at the end of the visiting route.

The cave bear (Ursus Spealeus) was one of the most common animals in the ice age. Their bones have been discovered in several caves in Europe.

The most valuable exhibit of the cave is most certainly the skeleton of Ursus Spealeus (cave bear), which was found anatomically link together.

It is located in the speleological reservation, at the base of the 8m vertical dividing the two levels of the cave. The bones of this bear remained in place, in the position in witch the animal must have died at least 10.000 years ago.

In the Bears Cave more than 1500 skeletal remains have been identified. Among them more then 100 skulls belonging to individuals of different ages. The main volume of the skeletal remains is concentrated in the Gallery of Bones. In addition to the bone remains, other traces of bear activity were proven by the scratches on the cave`s walls.

The cave bears found shelter in the cave during winter digging their sleeping places. 120 such sleeping places have been identified some of them large and deep. Here, the females gave birth to their young.

Besides the cave bears other animal sheltered temporary in the Bears Cave (Pestera Ursilor). Some of them are extinct species. In the Gallery of candles an almost entire skeleton of the wild goat ( capra ibex carpathorum) has been discovered, probably transported in the cave by wolves.

After visiting Pestera Ursilor, we suggest you to stop by the ethnography museum, “Horea si Aurel Flutur”.

The access is free. You can admire Romanian traditional objects originally from villages in Beius ethnographic area. The private collection includes 2.000 objects related to activities such as pottery, blacksmith`s craft, shoemaking, carpentry, mining.

Those passionate for hiking we suggest walking to Tataroaia peak – 1290m. There is a 600m level difference to climb, so reserve an entire day for this trip.

You can access to the peak from the road opposite to the troutery located upstream.

You can buy fresh trout from the toutery located between Chiscau and Giulesti villages.

Not far from Pestera Ursilor you can find other caves, such as: Micula Cave (closed due to its level of importance), the cave from Fagului Mine (closed due to the collapsed ceiling of the mine gallery), the Petit Tibi pothole, the pothole beneath Tataroaia peak.

Other show caves that you can visit in the region are Farcu Cave,  Meziad Cave and Scarisoara Ice Cave.