Scarisoara Ice Cave houses the second biggest underground glacier in south-eastern Europe. This makes it one of the most important caves in Romania.

In some cases, the glacier is formed in caves due to the subsidence of snow on the bottom of potholes caves. The ice stays there during summers due to the high altitude.

But the caves in Apuseni that house underground glaciers do not fall into this category. The presence of ice is not because of rough weather conditions, but due to a special ventilation system that determines an underground glacier topoclimate.

Of all these cavities found in Europe, the ones which fall in this category of underground glaciers and the ones which deserve to be mentioned are the Eisriesenwelt Cave in the Austrian Alps (ice formations which occupy an area of 30000 m2) and the Dobsina Cave in Slovakia (the volume of the ice is roughly 145000 m3).

The discovery of the Scarisoara Ice Cave could not be dated. The inhabitants of the land have known about the glacier for a long time.

The first written testimony of its existence was given by a document in which Maria Theresa authorized a forestry detour in Scarisoara commune to cut lumber to repair the access stairs to the glacier.

It was mentioned as a tourist destination for the first time in 1847 in one of A Szirtfi’s books. The well-known explorer of the Apuseni Mountains, Adolf Schmidl, describes the cave minutely in a book in 1863. He chartered the cave by making a map and two profile sketches. 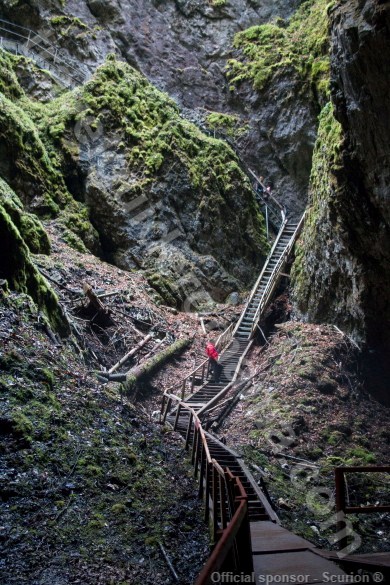 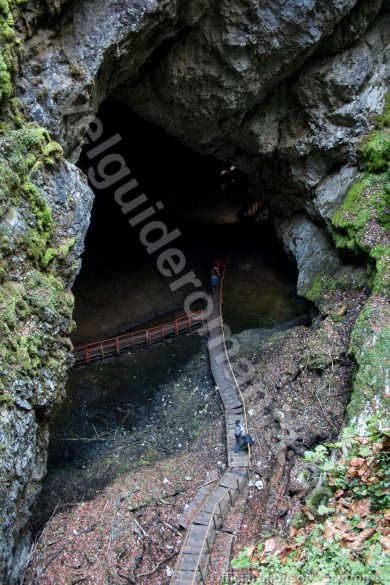 By raising awareness to the authorities that Scarisoara Ice Cave has a peculiar scientific interest, he managed to protect it by law in 1933.
This cavity is the first caving tourist objective in Romania – a natural monument. The next phases in studying the cave took place in 1963-1968 and 1982-1992. 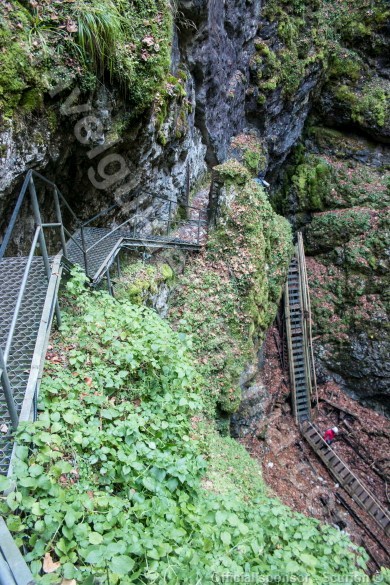 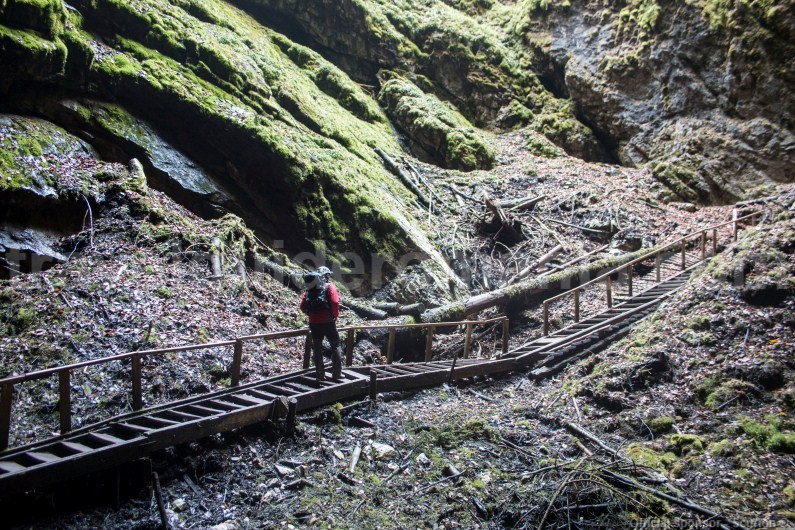 Location: Scarisoara Ice Cave is found on the premises of Apuseni Natural Park in the Ghetari Hamlet at the altitude of 1165 m. It pertains to the Ocoale – Ghetari – Drobresti karst system.

From the centre of Garda Locality follow the indicator to Scarisoara Cave – you have to steer to the secondary road which goes through Ordancusei Gorge. You will encounter a bifurcation where you will have to turn left alongside Garda Seaca Valley. Carry on another 5 km until you see another intersection, where you will have to turn right on the steep road towards Ghetari Hamlet.

The road was recently restored and you can reach Scarisoara Ice Cave with any car, except for the last km to the cave. There is easy access for every tourist.

Description of the cave – Scarisoara Ice Cave opens up in a shaft entrance (vertical entrance of a cave) with a maximum diameter of 60 m and 48-metre depth. From a tourist standpoint, you can descend the area on a metal and wooden staircase.

At the base of the shaft, there is a 24-meter high and 17-metre wide portal. Beyond the portal, there is an ice plateau called “The Big Hall”. This actually constitutes the upper part of the glacier with the area of 3000 m2.

The tourist development continues on two paths along the Big Hall forming a loop. At the extremity of the tourist route, there is the most spectacular area of the glacier – “The Church”. You will encounter stalagmites and stalactites that change their dimensions according to the seasons.

The shaft entrance, “The Big Hall”, and “The Church” form the tourist sector. 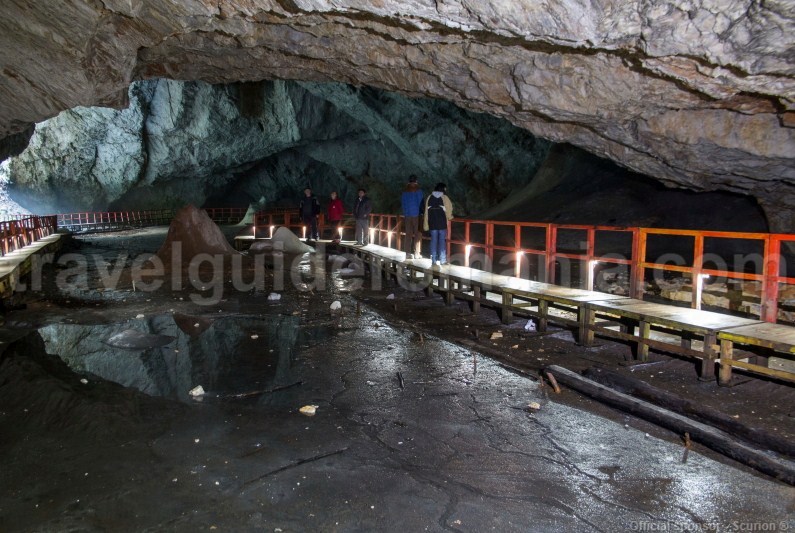 There is an electrical lighting system. Unfortunately, the system is not cutting-edge. For those of you who own a portable, alternative source of light – we suggest that you take it with you. 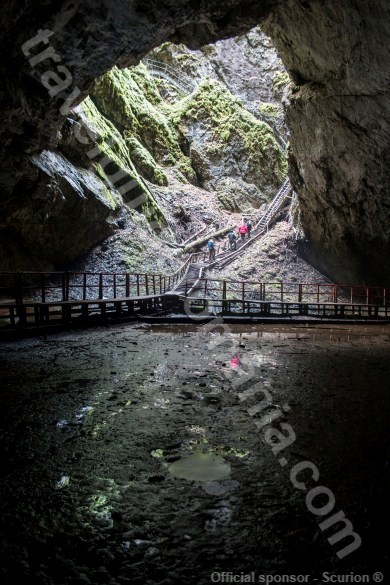 Information on visiting the cave

Cost: adults: 11 RON, students: 8 RON. If you are a member of the Romanian Speleological Federation or any other entity, do take your card with you.

You can visit the cave only with a guide in a group of minimum 10. Since the cave temperature is quite low, we suggest that you dress accordingly in warm clothes.

The duration of a visit is 45 minutes.

We recommend that you visit the cave in May-June, because when summer begins, the ice formations are significantly bigger than the ones in late summer/autumn. The underground scenery will undoubtedly be more enjoyable.

Caving reservations of Scarisoara Ice Cave – in the northern part of the “Big Hall” there is a shaft entrance of 15 m that constitutes the access to the “Little Reservation”. By descending it, you get to the base of the glacier. There you can find some stalagmites. 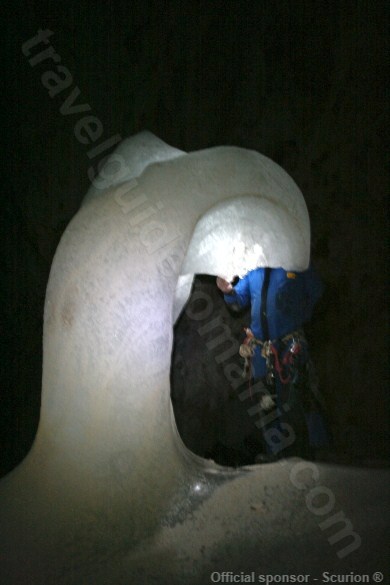 In the northern part of the “Big Hall”, there is a bigger entrance leading towards the “Great Reservation”. Access is made through a 20-meter shaft. In neither one of these can you descend without a rope and without technical expertise in rappelling.

In the central part of the “Great Reservation” there is a field of stalagmites similar to the ones in the “Little Reservation”. Both areas are under strict monitoring of the Institute of Speleology. The quality of these formations is in continual degradation, because the glacier is melting.

The mystery of the Scarisoara underground glacier – the ice deposit has great scientific importance because it is considered a relic from the last period of the Holocene period. After the topographic elevation of the glacier in 1069, the surface was set at 3000 m2 with the average thickness of 20 m.

The ice volume is estimated at 75000 m3, having stocked the climatic oscillations of the last three millennium. After the conducted research, the glacier was assessed to be 3000 years old. Because the study was conducted in an area where the glacier did not reach the maximum thickness, they considered that the oldest ice layers must have been deposited at least 4000 years ago.

Although the ice depositing originally occurred when the global temperature was lower, the preservation of it at the bottom of the Scarisoara shaft cave is the actual natural wonder. The cave topography and its ventilation allow the existence of the glacier even today. During winter, the exterior air is colder and has a greater density than the underground air, thus entering the cave.

Therefore, there are two opposite air currents: a penetrating cold one (coming in), and an emergent, relatively warmer current (going out). During summer, the thermal ratio is switched. There is no air exchange during winter, the underground air is thicker and cannot elevate outside.

The Scarisoara glacier is still being studied ever since Emil Racovita started researching it. It was noted that it has melted about 2 m since then. In 1947-1980, the glacier has melted the most, losing 1.5 m of the glacier. 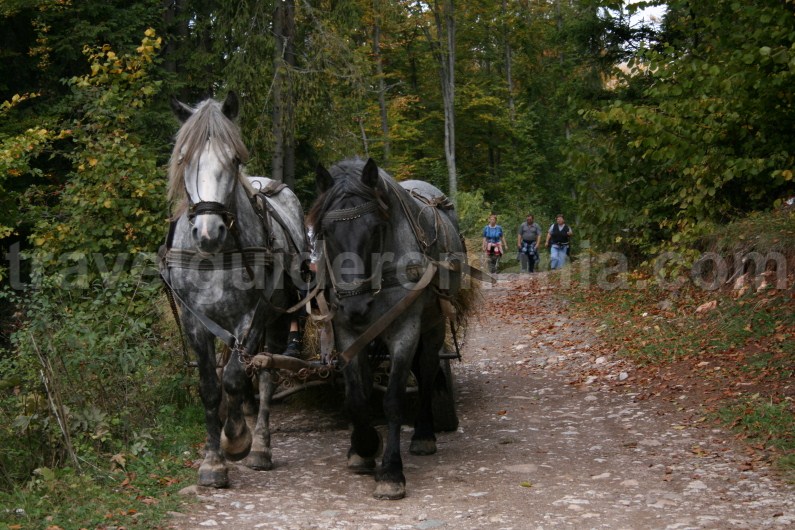 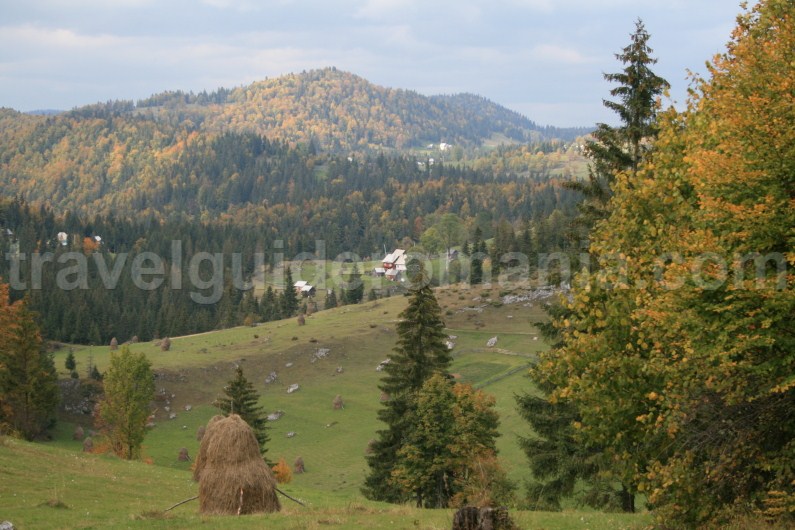