The Museum of Traditional Dobrudjan Homestead preserved on site in the village of Enisala, Sarichioi Township, Tulcea County is the synthesis of northern Dobrudjan traditional architecture since the beginning of the 20th century.

Made of clay, stone, wood, and thatch, the traditional dobrudjan homestead is harmoniously intertwined with the scenery peculiar to Dobrudja.

The architectural ensemble comprises of a house with a pantry (Turkish kiler, Romanian chiler – storehouse) and a few annexes peculiar to a household of this area. These annexes are the following: a cowshed for animals, sheds, the kitchen and the outdoor oven, the cote, and the well.

On the facade and the side towards the street the house has a porch with balustrade and pillars. On the back side oriented towards the North one can find the so-called chiler. This is a storage place placed often as long as the entire length of the house.

At the exterior the ornaments on the fascia board and on the fronton are made in fretwork. They used floral, geometrical and animal motifs. These are a true leitmotif in the traditional architecture in this area.

Dobrudja had a particularly tumultuous history that led to a peculiar folk culture. The current layout of Dobrudja was determined by the historical events that took place here.

The main historical events that restructured Dobrudja into what it is today are the following: the Balkan wars, the First World War, the revisions on Romanian borders in 1940, the Second World War, followed by the communist regime. Dobrudja has got its peculiarity during 460 years under the rule of the Ottoman Empire.

Dobrudja was known as a passageway to Wallachia (Tara Romaneasca) and a battlefield for the Russian and Turkish armies, and it was known for its instability that engendered great waves of migration. The wars of the time made it an unstable place to live, since the villages had to be permanently reconstructed. After the Russo-Turkish War in 1877–78, the Treaty of Berlin on 1/13 July 1878 attaches Snake Island, Danube Delta, and Dobrudja to Romania.

A subsequent reconstruction of the old settlements is recorded, and this development of housing led to an increase in population. Ethnic minorities in Dobrudja were the Tartars, the Turks, the Greek, the Armenians, the Lipovans, The Bulgarians, the Macedonians, and the Jews. They kept their own culture which became an integral part of the Dobrudjan culture, which subsequently acquired a unique charm.

Due to these historical reasons, and due to the fact that the materials used in constructions (wood, straws, thatch, and reed mace) are prone to fire, the number of old buildings in Dobrudja is small. The oldest aboriginal and architectural monuments of Northern Dobrudja date back to the beginning of the 20th century.

The typical Dobrudjan layout is a house with a porch and two rooms. It had a low stoop with wooden pillars which had little embellishment. The foundation was made of stone and clay; the walls were made of adobe, which were later painted white. The roof had two facets that were either made of shingles (Central and Southern Dobrudja) or made of thatch (in the Delta and near lakes).

The traditional dobrudjan architecture got its influences from the Balkans and Anatolia, which were later adapted to the Dobrudjan environment. 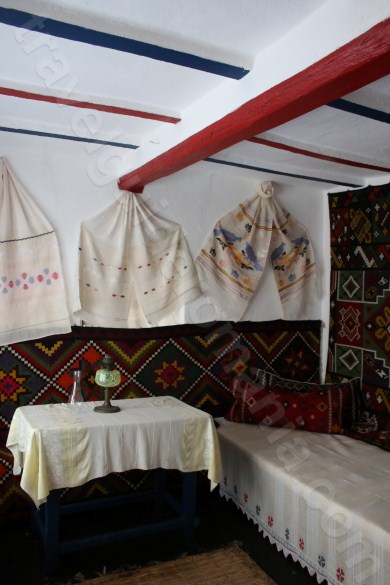 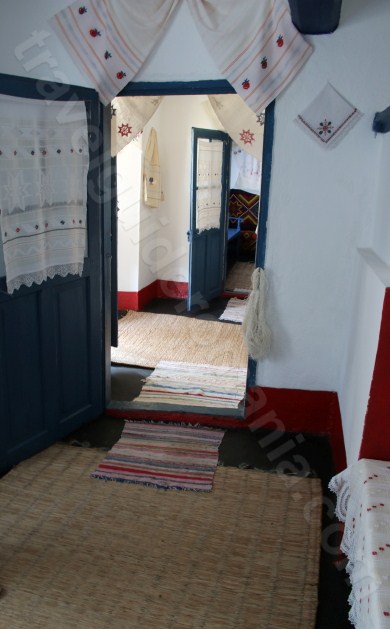 The traditional house in Enisala village belonged to a farmer named Iosif P. Dumitru, and it became a museum exhibit in 1971, after it was restored. 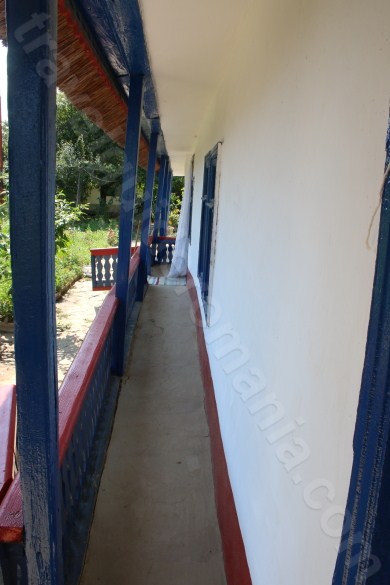 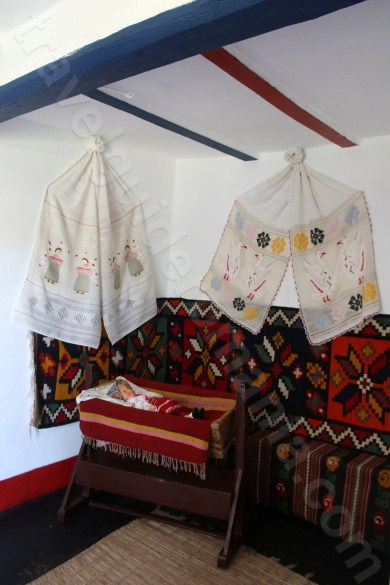 The interior of the house is organized after traditional aesthetic principles. Both the wall and several simple pieces of furniture are covered in woven materials made of cotton, cocoon floss silk or wool. These materials are richly ornamented with traditional motifs. 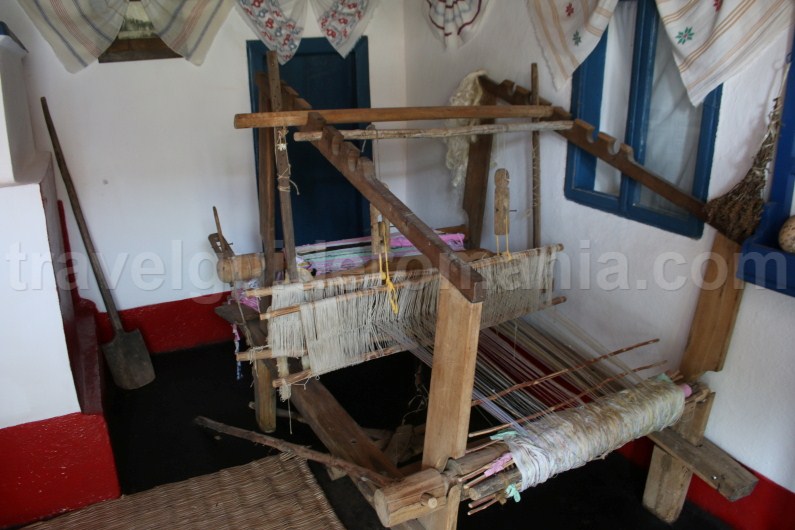 Architecture in Enisala was conditioned by the raw materials used: clay, stone, wood, and thatch. The environmental conditions (frost and heath waves) had a great influence on the constructions.

Unlike other regions in Romania, Dobrudja doesn’t have an architecture made completely of wood, due to its rarity. Clay was used since it was cheap: it was found in the nature, it was easy to manufacture, and time-saving. 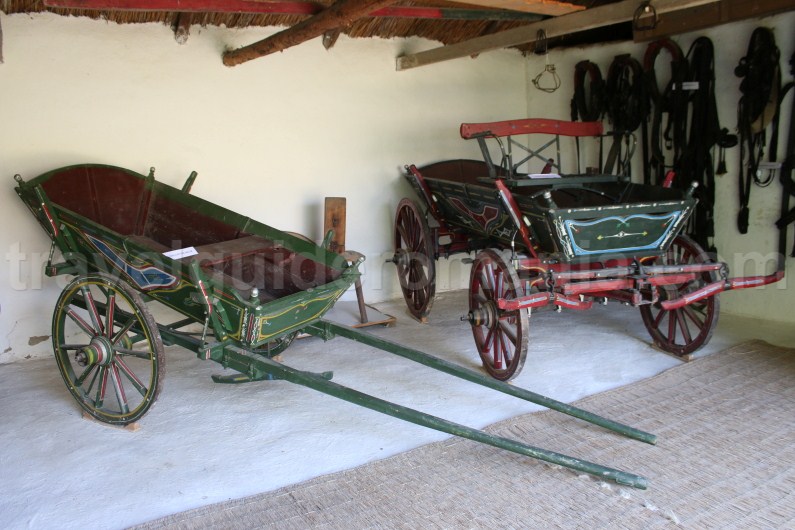 When visiting the traditional homestead in Enisala village, don’t forget to visit the 13th and 14th-century Mediaeval Fortress located at the outskirts of the village. The fortress is located on a hill. From here you can see both Babadag Lake and Razim Lake. 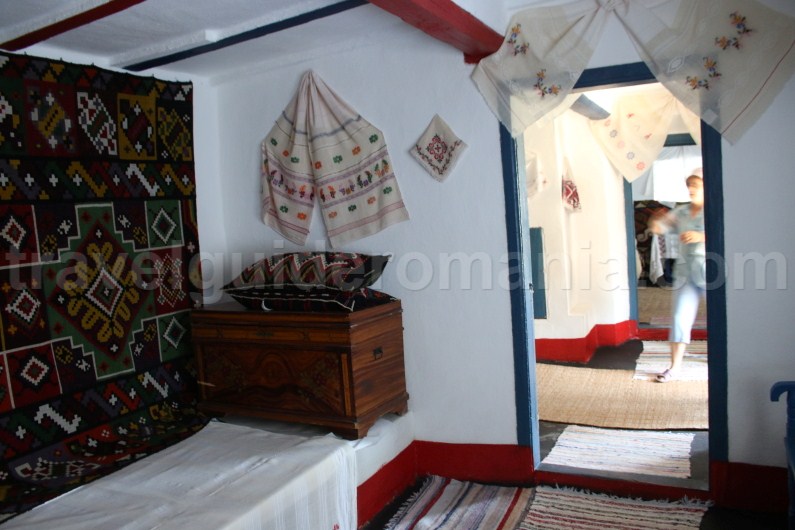 The Danube Delta – a world of contrast