At the source of the Someșul Cald (Warm Somes) river, which carved the gorges bearing the same name, is the Cetatile Radesei (Radesei Castles) cave.

This cave was first described by the explorer Czaran Gyula, then it was also described by E Racoviţă and R. Jeannel. They noted the importance of the karstic complex at the origin of the Someşului Cald river which they had visited in 1921.

These two tourist attractions are located in the Padiș Plateau in Bihor Mountains, in the Apuseni Natural Park. 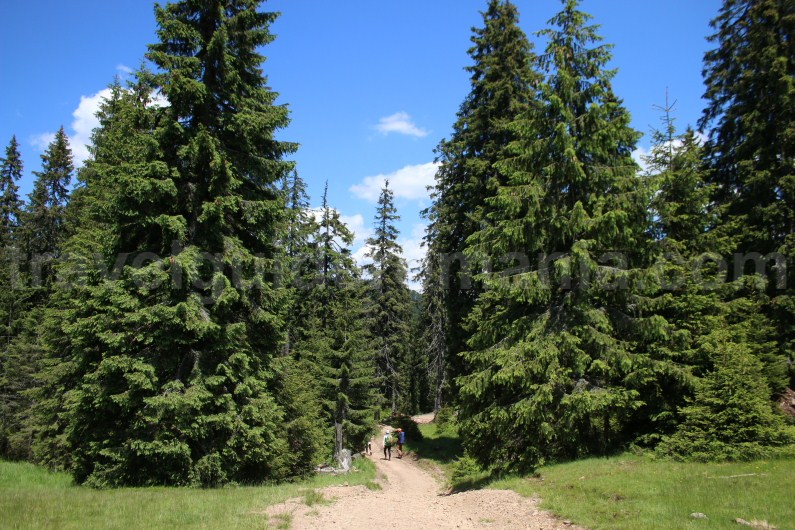 Cetățile Radesei is an active cave which means that it contains a running stream. The cave is accessible over its entire length of 260m.

By following the red stripe signs, you will pass through a 7m wide and 15m high portal to enter into the cave. 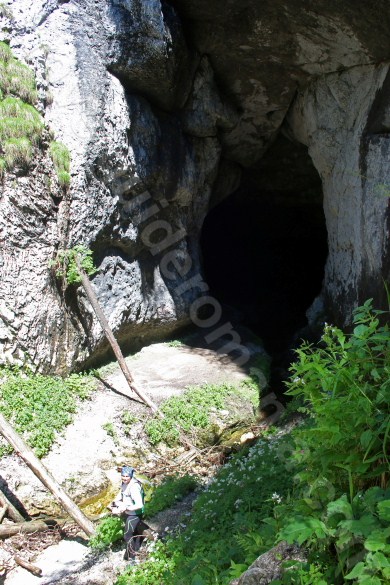 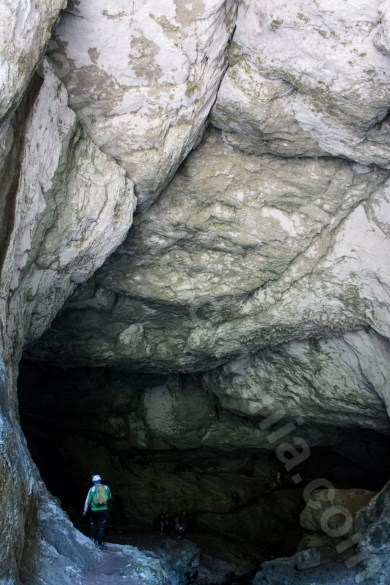 The route continues by the stream, then it passes over a little edge and descends a 3m rocky step set up with a wooden ladder and iron chains.We follow the stream to the left through a high and wide corridor, then we pass underneath a semicircular arch and we find ourselves in a huge room flooded with a strange light that enters through four chimneys. 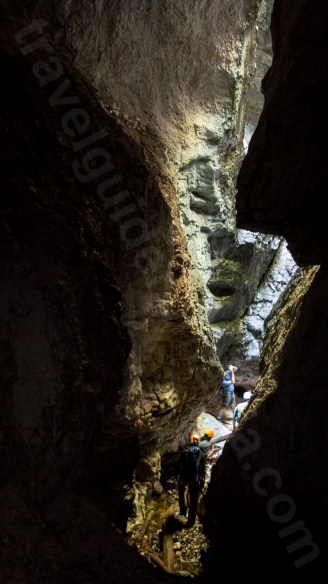 We make a right turn and we hardly notice when the roof disappears and the cave turns into a very narrow canyon. All rocky steps are set up with metallic chains. The descent is a bit tough due to the deep plunge pools filled with water. 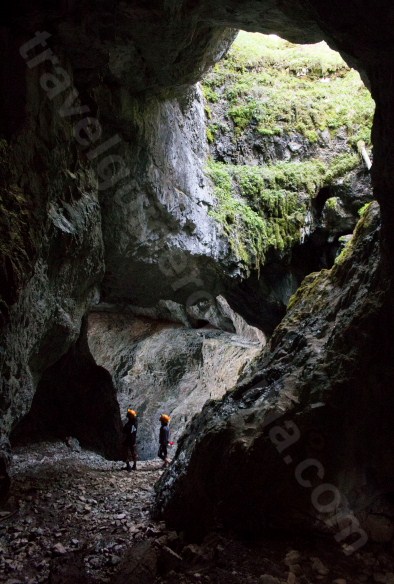 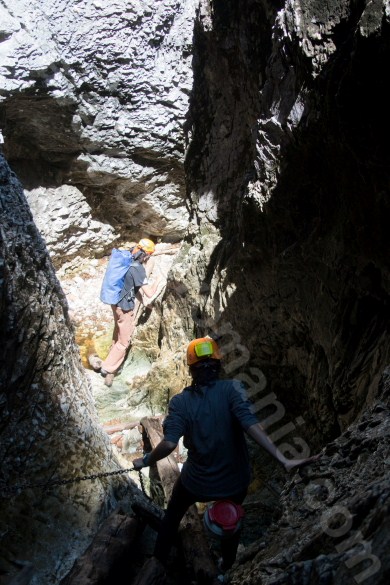 There are a few turns, then you suddenly find yourself in the Rădeasa Glade.

For the route through the Cetățile Radesei cave you need rubber or waterproof boots and a flashlight that you might find helpful when you come across difficult passages located in dark areas.

In the Rădeasa Glade, the trail forks so you have two options:

– to continue on the branch on the right side of valley (south) where you will find a nice viewpoint (about 40 minutes from the glade), then you will come across a scree slope, which is difficult to descend. 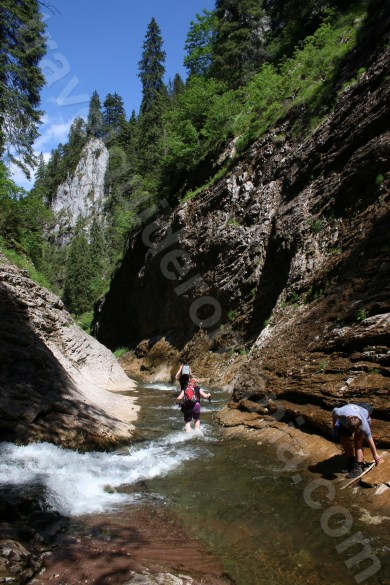 Even though this route is through water, you do not need to have any specific technical skills. There are no rocky steps and the route does not require a rope. You should only pay attention not to slip because the valley floor is very slippery.

At high water levels, you can slide down using the canyoning technique for navigating through fast-flowing water. The Someșul Cald Gorges are 1.8km in length and the rocky walls are often more than 150m high. 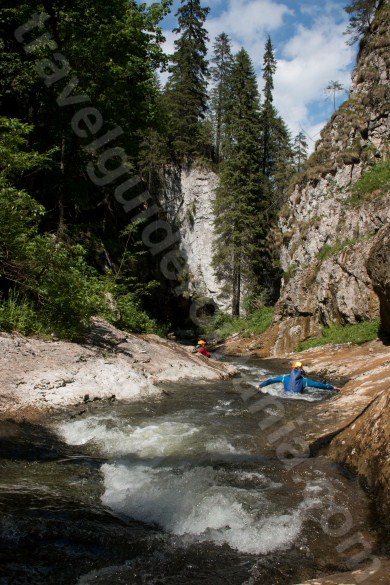 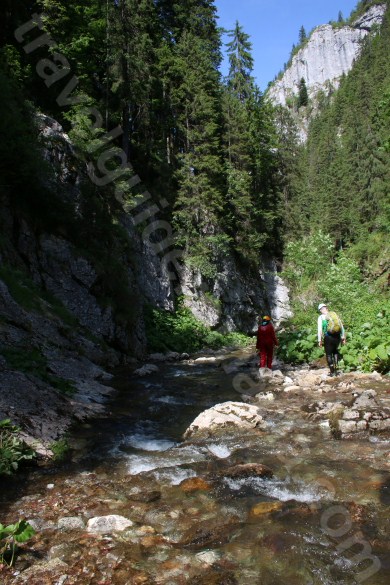 After going through the Someșul Cald Gorges, you will have to hike back up on one of the marked trails on either the left or the right side of the valley in order to return to Vărășoaia area. Both trails will take you to Rădeasa Glade, then back to the higher part of Vărășoaia Glade.

Required gear: if the water level is medium or high, this is a canyoning route (you will have to go through water) and you will need a full neoprene suit (pants, socks, gloves + jacket), a helmet and no-slip outdoor shoes.

Those who practice canyoning can also consider going through the Moloh valley and waterfall. The width of this tributary of the Someșul Cald Gorges is truly impressive. For this sector, it is mandatory to have a rope and a neoprene suit. 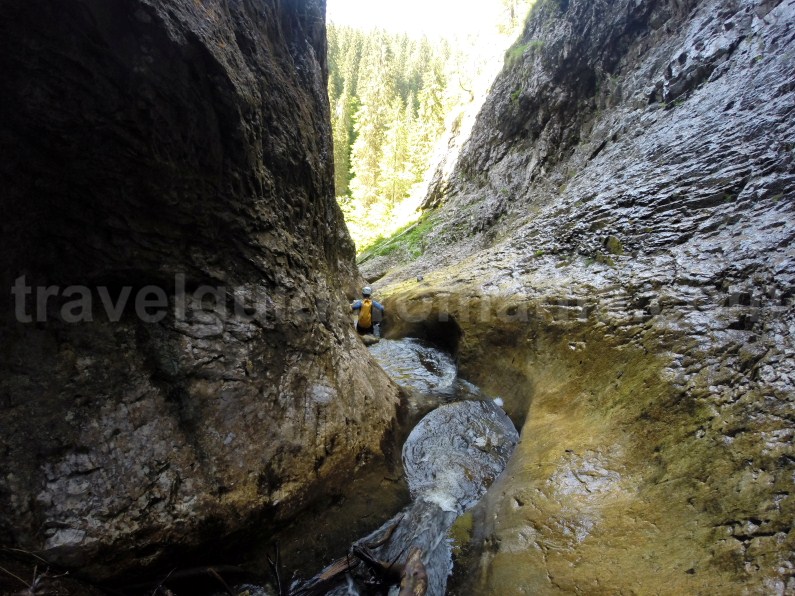 The route through the Someșul Cald Gorges, starting from Rădeasa Glade and returning on the marked tourist trail (on the left or right side of the valley) takes about 4 hours.

The marked tourist trail crosses the valley about 100m upstream from where you park your car. This option implies going on the route in the opposite direction than the one described here. 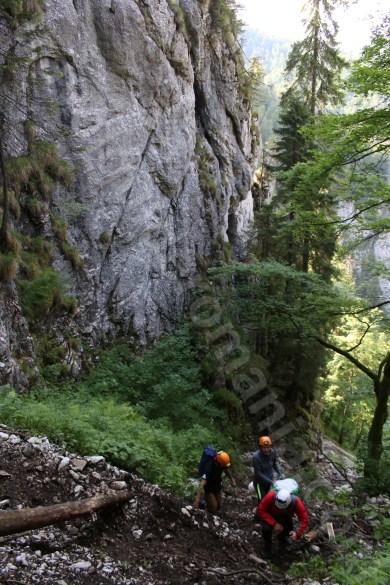 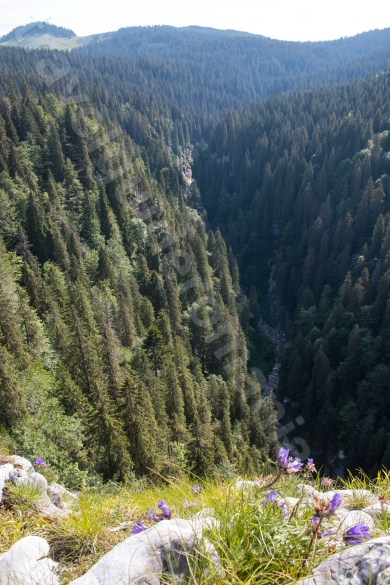 The trail cam be done also in winter. The only difficult part it’s at the cave entrance where there is ice on the floor. Better to have with you a pair of ice crampons and an ice axe.