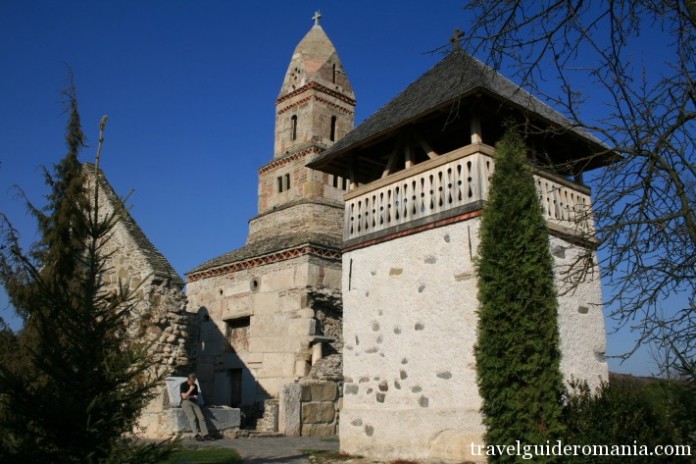 The archaeological, cultural and natural diversity of the Hateg Country makes us to recommend a trip in this beautiful region.

Location: Hateg Country is a hollow bordered by the Retezat Mountains, north-east of the Sureanu Mountains, west of Tarcu Mountains and north of Poiana Ruscă Mountains.

– From the city of Caransebeș on the Bistrei Valley – national highway DN 68;

– From the city of Petroșani, via Merișor Pass – Bănița, European highway E79.

The area’s centre of administration is the city bearing the same name, Hațeg. This city can be listed as a pit-stop for supplies, as suggested by our previously-mentioned periplus.

The means of transportation is quite easy and you can get there by train. For those of you who do not have a car to travel to the places recommended by Travel Guide Romania, you can travel by coach at appointed timetable.

Objectives: in order to guide your steps so that you can marvel at the natural and architectural diversity, Travel Guide Romania suggest this trip:

We recommend the following sightseeing objectives: 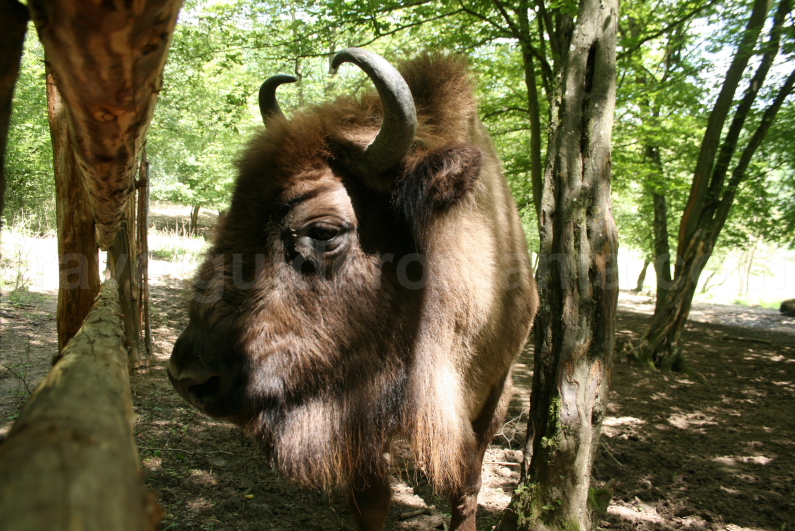 The town of Strei, dating since the thirteenth century, bears one of the oldest orthodox churches, made through masonry.

In Romania, most old orthodox churches are made out of lumber, because the raw material was ubiquitous and at hand in the rural area.

The access to the church – is a bit difficult to spot, you must turn from the main concrete road, take a lateral, narrow street (you will find an indicator there). Right at the end of the street there are the old cemetery and the stone church.

The period of the construction – built at the end of the thirteenth century, in a period when the orthodox religion was not acknowledged in Wallachia (Țara Românească), the church houses beautiful mural paintings, dating the same period of time.

The talented and skilful painter is Grozie. The roof of the main building is made out of shingle (wooden covering) – material used for building most of the constructions until approximately 100 years ago when it stopped.

The mighty church’s tower has a beautiful stone covering, arranged conically and is embellished on the upper, superior part with a criss-crossed frieze.

The church has been added to the list of monuments that pertain to Romania’s patrimony.

3. HATEG COUNTRY MUSEUM – although the building does not seem to touch on the tradition of the area, the exhibits you find here will give you a better understanding of this area’s traditional folk art.

The folk costumes, made by the loom (weaving machine made out of wood that enabled the Romanian peasants to make fabric), are embellished with handmade sowing and have an extraordinary colouring.

The exhibits, especially the pottery and the wooden tools demonstrate the creativity the Romanian peasants were endowed with.

4. THE CHURCH OF DENSUS – named “Saint Nicholas”, added on the list of Romania’s patrimony, was built in the thirteenth century on the foundation of another building of worship.

The period of construction, the building is one of the oldest orthodox churches in Romania, considered by the historians as being the oldest, and was made out of stone and other embellishing elements brought from Ulpia Traia Sarmisegetusa (the former capital of the Roman Empire in Dacia) that lies only 10 km/ 6.2 miles away.

The church is peculiar due to its squared blueprint (most churches are rectangular) and due to the fact that it is covered in stone.

5. ULPIA TRAIANA SARMISEGETUSA – here we find the archaeological site that stands as former Dacia’s centre of administration under the reign of the Roman Empire.

Built from scratch, with acreage of 32 ha, the city complies with the urban plans of the Romanian architects; the buildings were beautifully embellished with column, friezes and bas-reliefs.

6. SFÂNTĂ MĂRIA ORLEA CHURCH – the church is found at the entrance of the village (from Hațeg) and was built in the thirteenth century, by late roman architectural style. Inside the church genuine pictures of incredible artistic value could be found.

The access to the church, if you desire to visit this place you will have to be unconventional and contact a villager, who holds the keys to the church and who lives right across the building.

The Romanian villagers are kind and amiable and they will help you with certainty, without expecting something in return.

7. THE KNYAZ OF SĂLAȘU DE SUS – when Romania was not yet a political state, the geographic sub-divisions had different state regulations. Between the Southern Carpathians (Carpații Meridionali) and the Danube there are many knyazes and voivodeships that can be found here and that are mentioned in specialized literature.

One of these is the Knyaz of Sălașu de Sus.

Tip – The commune Salasu de Sus is situated at the foot of the Retezat Mountains. This mountain from our point of view is one of the most important things to see in this region. As you travel towards the massif is worth visiting Knyaz of Sălașu de Sus. The building of the Knyaz is not imposing. It has not been maintained, valued and appraised by the community at is true value.

The noble court, built in the fourteenth century is found at the entrance of the village and served as residency for the knez household of Candres.

8. MĂLĂIEȘTI FORTRESS – if you continue your trip to the Retezat Mountains, in the same commune of Sălașu de Sus you will find the Mălăiești Fortress.

History: it was initially a ward tower built in the fourteenth century and was later surrounded by a ring of defense and other four small towers. It was built by the same noble family from Sălașu de Sus, and it would serve as refuge in case of attacks.

Access: there is an indicator on the main (concrete) road that will guide your steps towards a gravelled path. The fortress is not highlighted on other indicators, so if you find yourself in trouble, do ask a local to guide you.

9. RETEZAT MOUNTAINS – for those of you who like nature, Travel Guide Romania recommends that you are not to miss this. Don’t forget to bring mountain equipment from home. The area is protected by the National Park since 1935. Details about access, prices, camping sites and tracks are to be found in another post by Travel Guide Romania.

10. PÂRVEȘTILOR CHURCH – legend has it that the building, found on the list of Romania’s patrimony, was built by a family of thieves that turned to God.

There are intact pictures dating 1784. Due to the stone arches and the constructional details, it is believed that it was constructed in the fifteenth century. Unfortunately, the building is not valued and it is in a state of disuse. Both the tower’s and the church’s roof is made out of shingle (wooden covering).

11. ȘURA MARE CAVE – if you are a caver, this den that was formed on an underground water course is one of Romania’s caving objectives that should not be missed out on. Details about access, necessary equipment and cave’s description are found in this post.

12. CRIVADIEI TOWER – if you continue travelling from Pui to Petroșani (the described direction for the trip recommended by Travel Guide Romania), on the left side of the road, nearby Crivadia village, in Bănița commune, you will see a circular tower on a hill.

Access: you can leave the car in the parking lot nearby. You will have to walk the path that leads to the monument constructed in the sixteenth century, after 1528.

Pricing: free, due to the fact that the tower is not fenced.

Strategically situated, it was a former receipt of custom. The tower is circular and is 13 meters high in order to oversee the trade of goods on the old road that linked Lesser Wallachia (Oltenia) to Hateg Country.

Tip for canyoning practitioners – don’t leave your gear at home, because nearby Crivadia lies the Jgheabului Canyon (in the same commune, Bănița). The access to the canyon is made through DN 66 (Hateg-Petrosani), following the forest road nearby the Crivadia aqueduct, near a shepherd’s refuge. 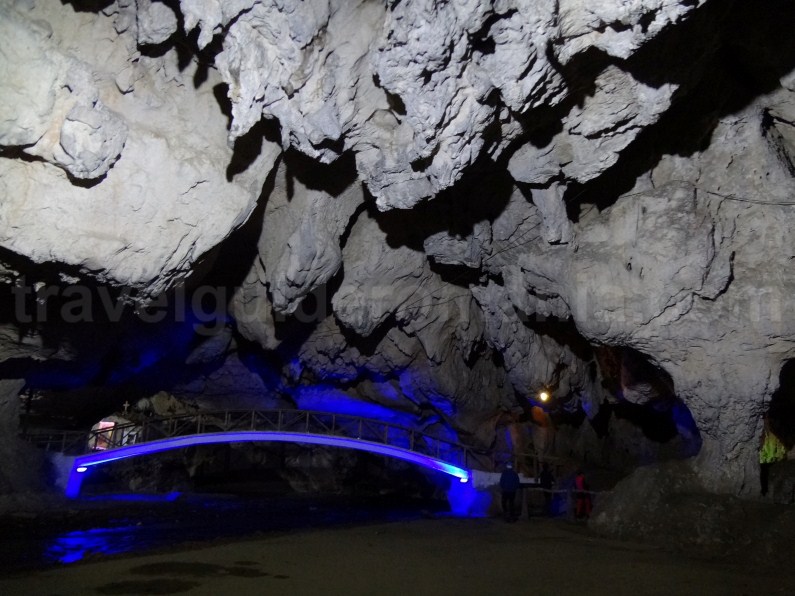