Travel Guide Romania puts forward a description of the karst found in Romania, of speleology and practical tips for those willing to visit this country that is abound in scenic karst.

The Romanian karst- Although the limestone rocks is spread over a relatively limited area (4500 km/~2800 miles) out of Romania’s overall surface (237500 km/~147575 miles), there are over 12000 caves and their variety and scenic passages are overwhelming.

History – although we find reference in the specialized literature dating from 1767, speleology truly blossomed since 1920, when the well-known Emil Racoviță established in Cluj the world’s first Institute of Speleology.

Soon after that, caving clubs were set up and this movement peaked in popularity in the 70s and 80s.

The setup of the Romanian speleologists

Romanian Speleology Federation has been established on the 28th of May 1994. There are 47 affiliated associations at the moment, in which Romanian speleologists take action.

There is a great diversity in Romania in terms of the community life, with plenty of events that take place throughout the year that allow you to interact with fellow speleologists.

The schooling of these speleologists in terms of alpine technique, knowledge regarding the karst, cartography and biospeleology is done through The Romanian School of Speleology. 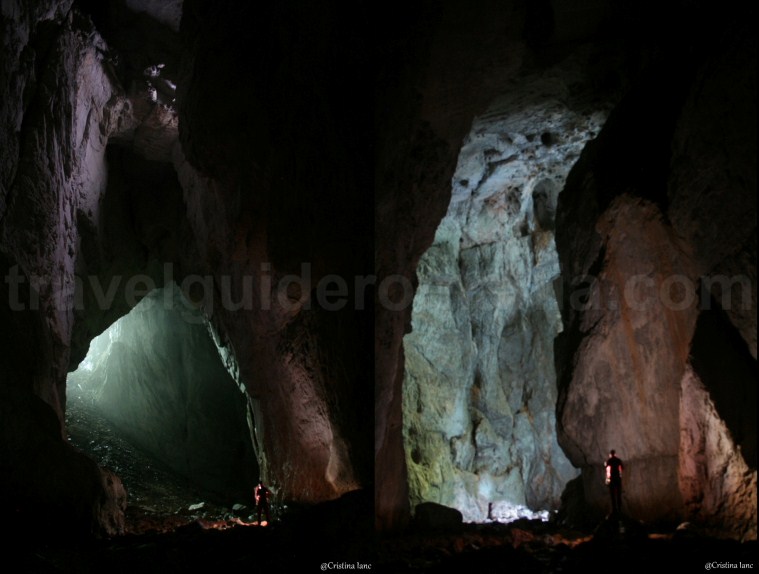 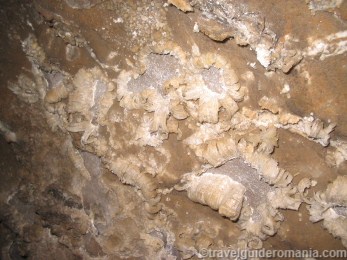 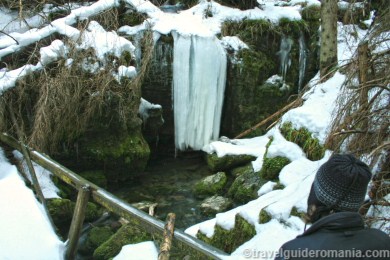 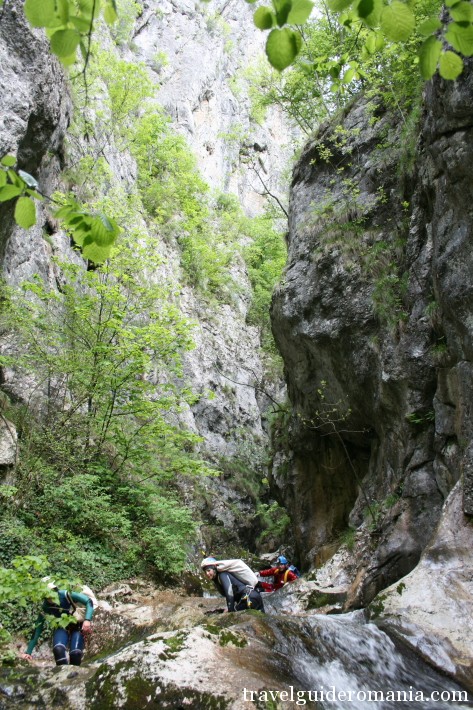 Reșița-Moldova Nouă area is Romania’s widest undivided surface abounding in karst. The myriad of caves and coves are medium and small-sized, without peculiarity.

The Comarnic Cave (Peștera Comarnic) is best known, spreading over 5.2 km/~3.2 miles and is in fact a hydrological perforation that can be wholly visited, entering through Ponicova Cave (Peștera Ponicova) and exiting through Comarnic Cave. The monumental chambers and the splendour of the stalactites & stalagmites are the cave’s main attractions.

The karst here is by far the most complex, intricate and developed in the entire country. With over 1000 caves, numerous highlights of the karstic environment can be found here. Many of them are found on the surface of Apuseni Natural Park

Although it is impossible to classify each and every one of them, we will try to at least mention some:

1. Scărișoara Ice Cave is arranged for tourists. It shelters an ice deposit of 75000 m3 and is Romania’s greatest underground glacier. Dating from 1847, many scientific volumes have been written regarding this glacier and since 1933 it is considered a natural monument. 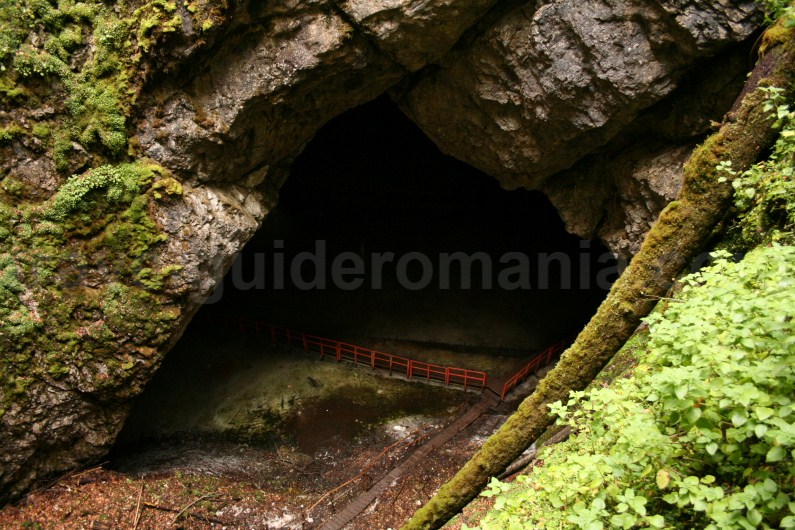 2. Humpleu-Poienița Cave System – it spreads over 40 km/25 miles with a ruggedness of 314 m set in gigantic chambers. The underground river is truly special and the speleothems made out of calcite crystals make this cave a most unique one. 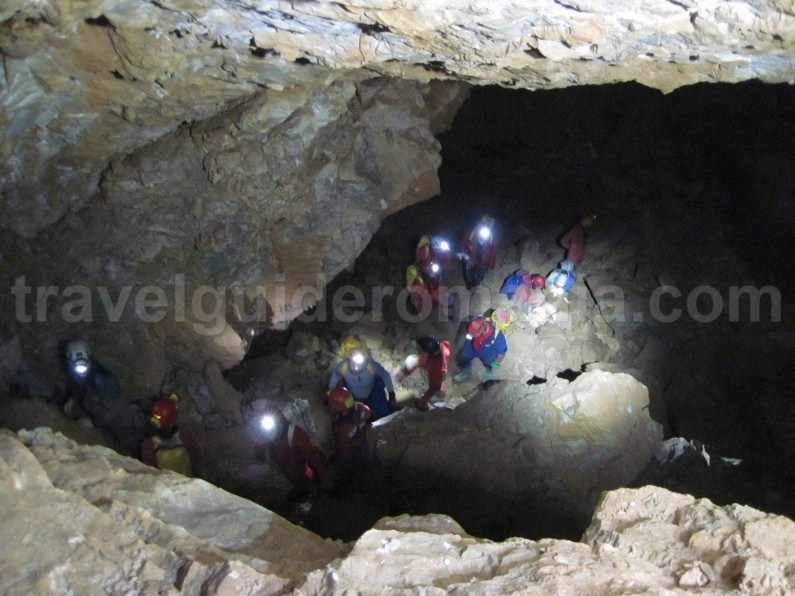 3. Piatra Altarului Cave is considered Romania’s most beautiful cave. The entrance is prohibited due to Apuseni Natural Park’s attempts of preserving this natural environment as authentic and untouched as possible.

4. Cetățile Ponorului Cave is Romania’s most grandiose karstic phenomenon. It has an entrance of 76 m high, at the base of a wall that is 150 m tall, with a gallery of over 1700 m and a height of 80 m, with a myriad of lakes, waterfalls and brooks.

5. Valea Rea’s Cave – is spread over 16 km/~10 miles and a ruggedness of 372 m, with well-developed speleothems (of gypsum and aragonite) that make this cave one of the most important cave in Romania’s karstic environment.

Pădurea Craiului Mountains (Munții Pădurea Craiului) – although the height of this mountains is quite small, they are part of the karstic phenomen named elevated karstic plateau. They shelter over 1300 caves and potholes.

1. Vântului Cave (Wind Cave) with a length of 42 km/~26 miles, it is Romania’s longest cave. It is like a multi-storey labyrinth, sheltering an extraordinary diversity of speleothems.

2. Ciur Ponor-Toplița de Roșia System with a length of 20 km/~12.5 miles and a ruggedness of 228 m, this cavern is Romania’s greatest hydrological perforation. At -180 m, the cave can be explored only with diving equipment.

3. Ciur Izbuc Cave is important due to its archaeological patrimony: it shelters traces of the prehistoric man (more than 100), the activity of the cave bear, archaeological fragments and fossils.

Top 10 the longest caves in Romania 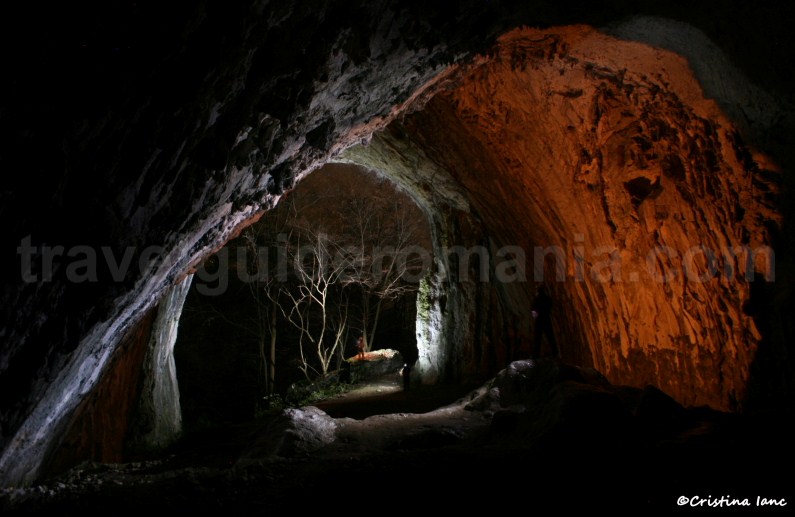 Visiting procedures of caves in Romania

In Romania the caves are classified due to their speleological value estimated as following:

Class A – caves of utmost importance due to scientific interest or their peculiarity of resources and they count as national and international speleological patrimony.

Class B – caves of national importance that come to the front through their size, rarity or resources and touristic potential.

Class C – caves of local importance, protected for their geological, hydrological, historical significance or for their scenery and size.

Class D – caves that don’t meet the requirements to be included in A, B or C.

According to the legislation, all the caves need permit from the Committee of Speleological Patrimony, an organ empowered by the Romanian Government to write approval notices for tourists to visit the caves. 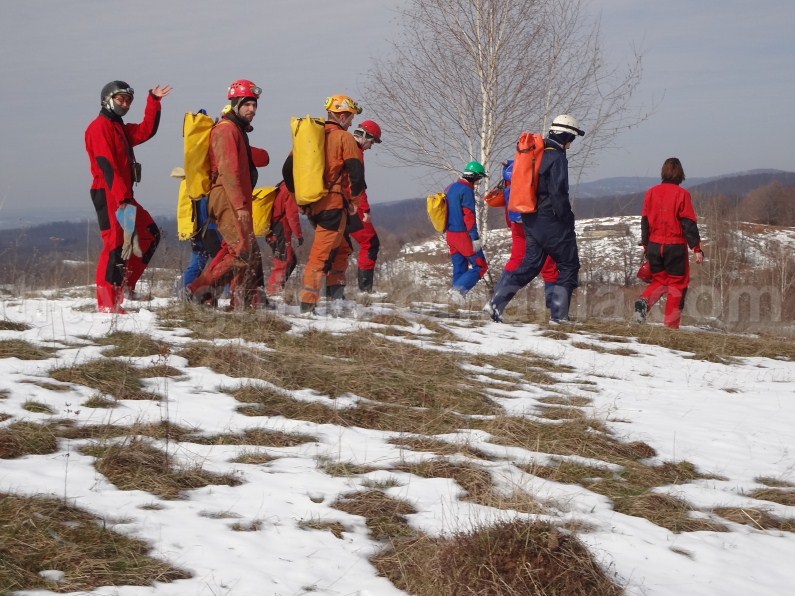 If you desire to visit a cave in Romania that isn’t a show cave, you MUST:

1. Consult the the list of caves that contains the ones that need extra safety measures.

2. If the cave is found on the aforementioned list, you must obtain a permit from the Committee of Speleological Patrimony, by filling out the attached application.

3. After you receive the permit from the Committee of Speleological Patrimony, find out whether or not the cave you want to visit is on the territory of the national and natural parks of Romania or near the protected areas (Natura 2000 Protected Area). If so you must obtain a permit of visitation from the park in question.

4. If the cave is found in the Bihor, Cluj, Hunedoara or Arad areas, you must obtain a permit from the Salvaspeo Mountain Rescue Team.

In some cases, on obtaining one of these permits, the necessity of future permits will be stated.

The release deadline of the permits from the Parks or Committee of Speleological Patrimony for the visiting is maximum 30 days after the completion of the application.

For specialized tour guide in caves of Romania – contact info