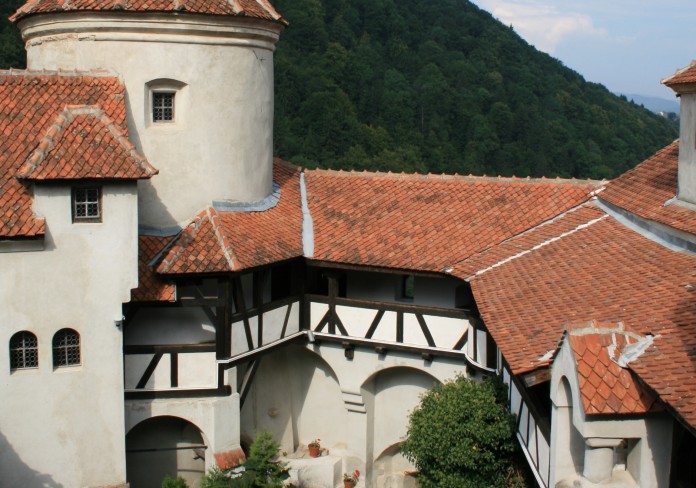 Less than 30 km west from Brasov lays one of the most important fortified castles in Romania – the Bran Castle. The castle, together with the border in the valley, played a significant role in the transit relations between the two Romanian principalities, Muntenia and Tara Romaneasca.

Although Bram Stoker assigned Bran Castle as the residence of ruler Vlad Tepes (also known as Vlad Dracul), it is though misguiding – the ruler never reigned from Bran residence. There are no historic facts to support this theory.

Location: Bran Castle is located in the city bearing the same name, in the region Tara Barsei(Burzenland), on one limit of Rucar-Bran Corridor. This corridor crosses the Meridional Carpathians, dividing the Bucegi and Leaota Mountains from Piatra Craiului Mountains.

Last entrance is at 4pm in winter time and at 6pm in summer time.

Historic facts: The first historic evidence of the castle dates back to year 1377, when Ludovic of Anjou (King of Hungary) decides to build fortresses abroad, due to the Turkish threat coming from south-east. Relying on the support of Transylvania`s greatest cities, such as Braşov, Sibiu, Bistriţa, he tries to enforce a defence belt of the south-eastern border.

In September 1443, Iancu de Hunedoara, with the cooperation of the Wallachian army, led by Vlad Dracul, crossed the Danube and fought numerous battles with the Ottoman armies. They gained a 10-year peace, on condition that the Turkish didn`t interfere in Ţara Românească and in exchange for the regular tribute. 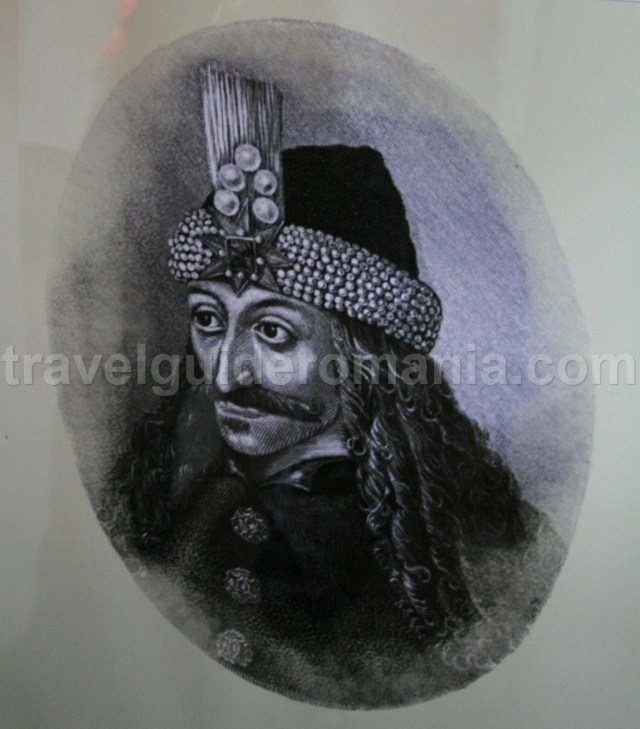 Following the death of Iancu de Hunedoara, Vlad Tepes (Dracul), as the new ruler of Tara Romaneasca, closes an arrangement with merchants of Brasov against the Turks and pledges protection for them. On this occasion, he granted them trading rights within Tara Romanească.

The peace didn`t last for long though, and following the misunderstandings with the Saxon merchants, Vlad Tepes (Dracul) plunders Tara Barsei, by “seizing villages, fortresses and cities” and by torching grains.

Those caught were impaled near the St. Jacob`s Chapel (Capela Sfântul Iacob) in Brasov.

In 1535, the fortress already had three defence towers: in the north, east, and west. According to foreign travellers of the 16th century, the entrance into the castle was only possible by a mobile ladder.

The fortification also included two downhill walls, which closed the Bran corridor, together with the castle.

Fresh water was supplied by digging a 57m deep well, in the inner courtyard. In 1937, an electrical elevator was mounted in the old well.

A horizontal tunnel was dug at the foundation of the well in order to assure the link with the exterior of the castle. 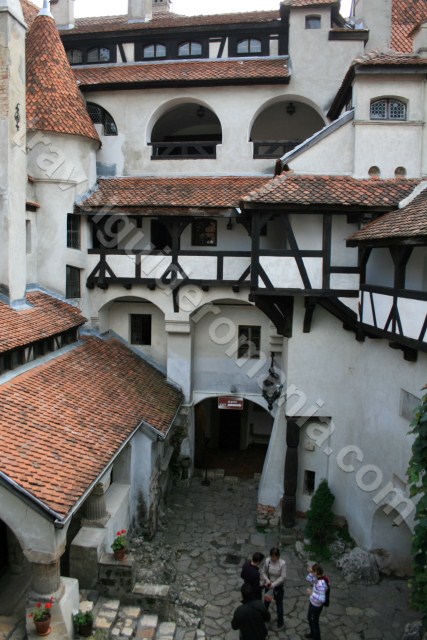 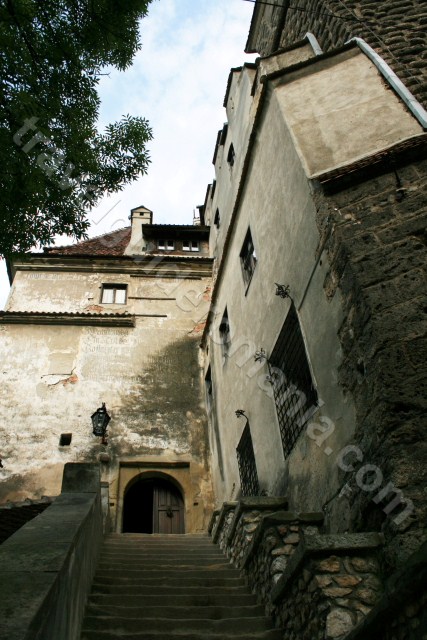 Although independent at first, Bran city would enter in the possession of Brasov in year 1651, after a fight against the voivods and rulers of Transylvania lasting one century and a half. The entering of Bran fortress and city under the rule of Braşov after year 1498 brings significant changes, mainly regarding the organisation and functioning of the fortress. 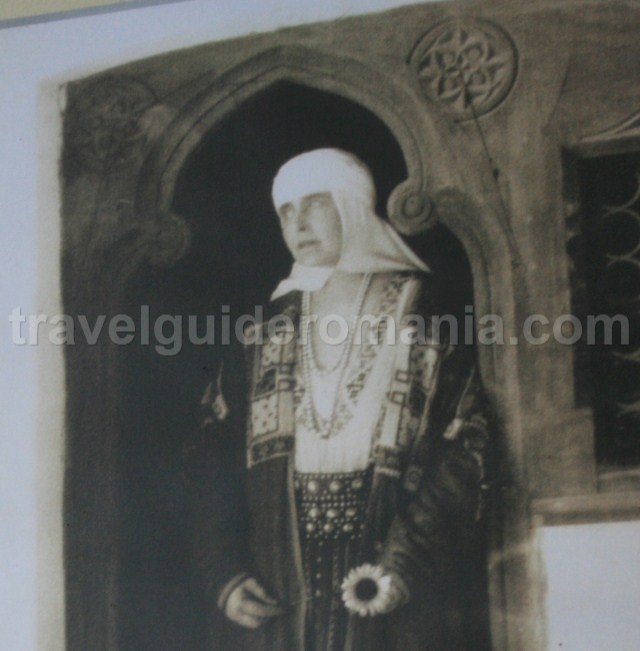 Following the Great Union, which was convened by the National Assembly on December 1st 1918 in Alba Iulia, the Bran Castle becomes the property of the Royal Family in 1920. It was donated by Braşov City Council. The functionality of the building was altered, as well as its architecture.

Restoration of the castle – was carried out by Carol Liman, architect at the Royal Court. The edifice gains presidential qualities and loses most of its military appearance. Through his restoration, Carol Liman brought the both the neoclassical and eclectic style, plus romantic elements, so representative for Romania at the beginning of the 20th century.

An attic was added to the loft, thus creating the fourth floor. This was cantilevered based on the third floor and wooden-plated on the outside, using the Bavarian architectural pattern. Two inner towers were also added, one in the inner courtyard, for the staircase and the other one near the southern tower, for the baths. The old chambers became saloons and apartments for the Royal Family or for guests.

During this period the coats of arms on the wooden shutters of the windows were also painted; the ramparts and firing places was transformed into windows and the interior fireplaces were decorated with authentic terracotta.

Due to heavy degradation, a new restoration was carried out in the period 1987-1993, the consolidation being performed with the aid of metallic beams.

Passing from castle to museum – the political, economical and social changes that occurred in the country after August 23rd 1944 turned Bran Castle into state`s property; this led to its current status of museum of feudal history and arts, opened for the large public since May 1957. 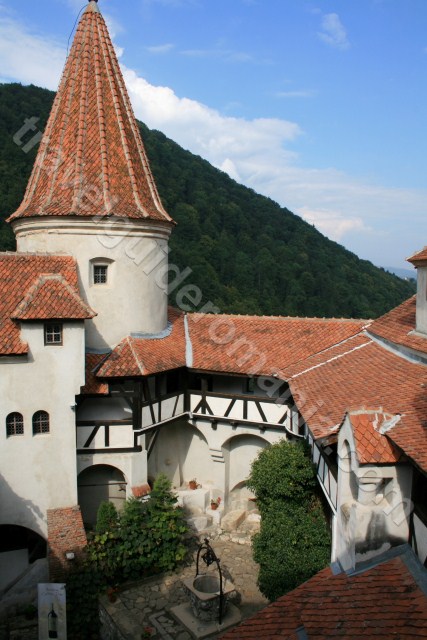 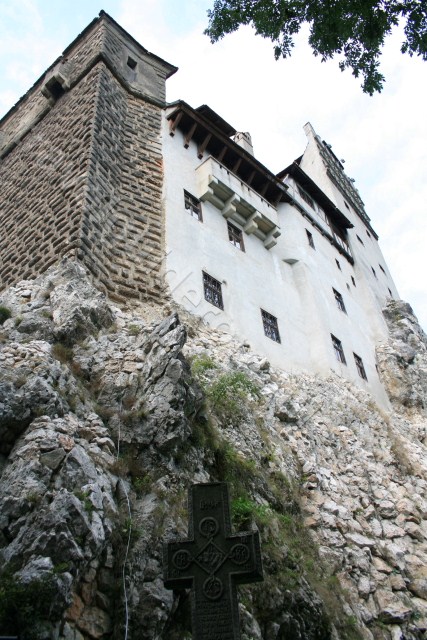 Interior architecture – the rooms have plastered walls, brick pavement and wooden ceilings or stone arches. The windows, carved into the thick walls of stone and river rocks, are made of small glass disks with metallic frames. Although the interior space was restored by Queen Marie in the 1920s in a very appealing manner, the building has lost some of its medieval fortress features.

The first floor can bereached through the courtyard, by climbing an oak staircase with semi-cylindrical arch. The first room to visit is the arms and armouries room.

One particular piece is rare incomplete horse armour, dated back to 16th century. You will most certain be impressed by the beauty of the bears designed in basso-relievo and their framings. 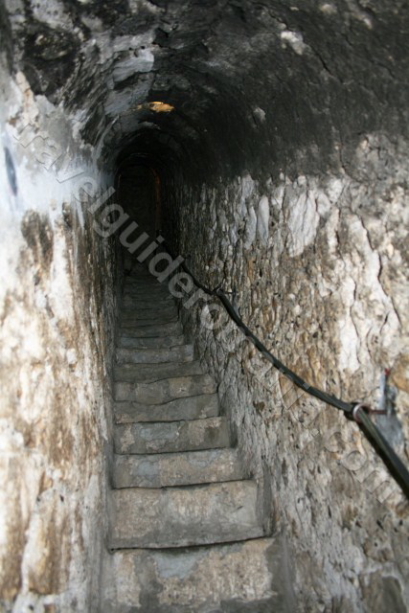 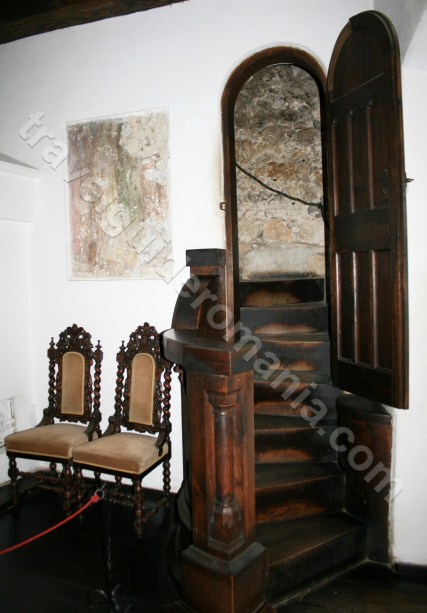 The tour continues on a narrow staircase, carved in stone. You enter the music room through a small door, where the refined furniture made after the Italian and German Renaissance style can be seen, such as Florentine chests from 15th century.

When leaving the music room you can observe the most exquisite logia at the third floor, with its brick pavement and the fine ceiling lines. From here you can grasp a view of the inner courtyard and the beautiful central fountain. From the third floor logia you climb the wooden stairs to the upper terrace, which offers a breath-taking view of the Turcu river gorge along the road, passing by the old defence walls of the fortress and all the way to Rucăr and Fundata serpentines.

The exposition circuit guides the visitor from the fourth floor, on the central staircase, to the second floor, where a basso-relievo embedded in plaster can be admired – made of enamelled polychromatic ceramics – belonging to 16th century Italian school. It portrays The Virgin and Child, together with two seraphims and St. John the Baptist.

The restitution of the castle – in 1948, the Bran Castle entered the state`s property, following the exile of the royal family. In her will, Queen Marie left this building as inheritance to Princess Ileana, her daughter and sister of King Carol the 2nd. In 2006 the castle was restituted to Queen Marie`s nephew – Prince Dominic von Habsburg, provided that it would maintain its quality of museum.

By descending in the museum`s park, you can also visit the open-air ethnographical section. It displays a large number of buildings originally from the area, living houses, household and pastoral annexes, workshops and specialised craft units.

*Note1: The name Dracul means “the devil”, referring to his merciless character.

*Note2: The act of torturing or executing by impaling on a sharp stake became Vlad Tepes` “trademark”, hence the name “Tepes” (which derives from stake, spike, pierce) or Vlad the Impaler.