The Merry Cemetery of Sapanța – Maramures is the best place to go if you want to see the quality of the Romanian creative expression through wood art. 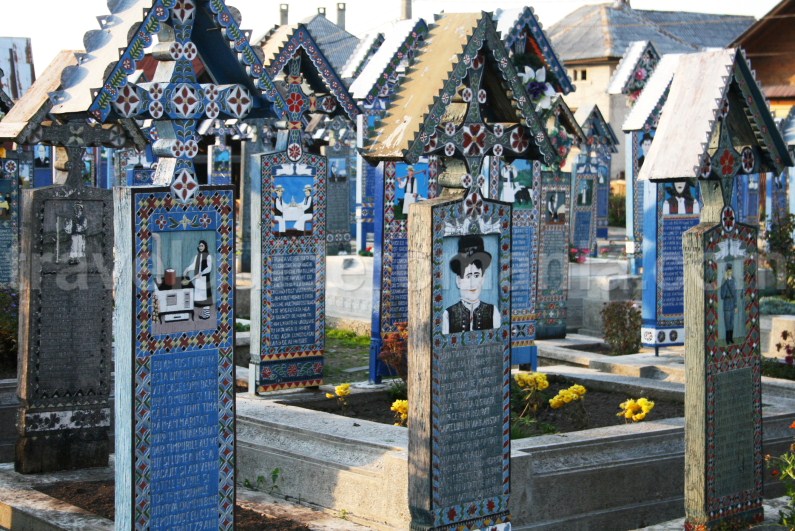 In this area enclosed by the Carpathian Mountains emerged a woodcraft-oriented society with an interest in creating not only useful, but also particularly aesthetic objects. Perhaps the same interest was shared by one particular artisan from Maramures county, Ioan Stan Patras, who left behind a real treasure.

Tombstone sculptor and artist, he decided to move away from the traditional way of carving wooden crosses. Being a simple, religious person who feared God, he understood that death is part of life. This determined him to stop looking at death with the rigidity we are used to. 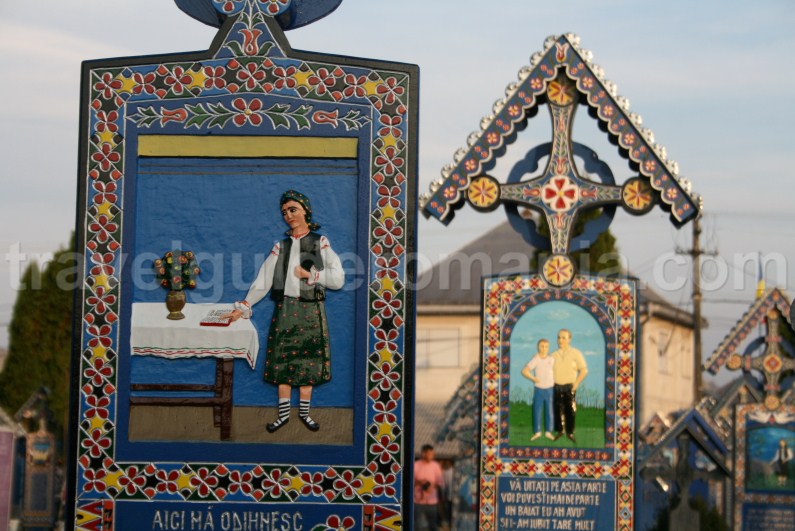 It is believed that a cheerful attitude in front of death was a Dacian custom. Dacias believed in life after death, death being just a gate into another world. They did not regard death as a tragic end, but rather as an opportunity to meet their god, Zamolxe.

In many areas of Romania, according to romanian tradition, the parting with the dead is a joyful event. The wake is regarded as the last party where there are present both the deceased and the living he left behind. With this perspective in mind, Ioan Stan Patras tried to transpose into his work the essence of the deceased’s life in a joyful way, thus making people accept death more easily.

Artisan Ioan Stan Patras was born in 1908 in Sapanta village in Maramures county into a family whose main occupation was decorative woodcraft. He started carving crosses at 14. It was not until he turned 26 that he added a distinctive touch to his work by writing epitaphs on the crosses.

Initially, he listed the name, the age, and the occupation of the deceased. Later, he wrote epitaphs ranging from 2-3 to 11 lines. Two years later he also added bas-relief paintings. At the same time, he tapered the crosses, making them more slender.

The paintings on the wooden crosses depicted an important scene from the life of the departed. Sometimes, these scenes illustrated the person’s occupation: forester, hunter, carpenter, cook or farmer. Women were pictured baking bread, weaving carpets or spinning wool. If the person had died in an unusual way (by accident), the painting on the cross illustrated the type of accident. 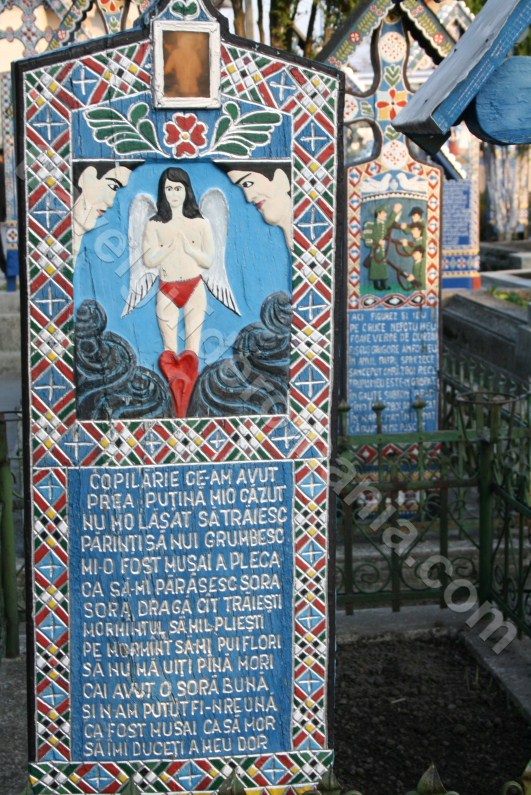 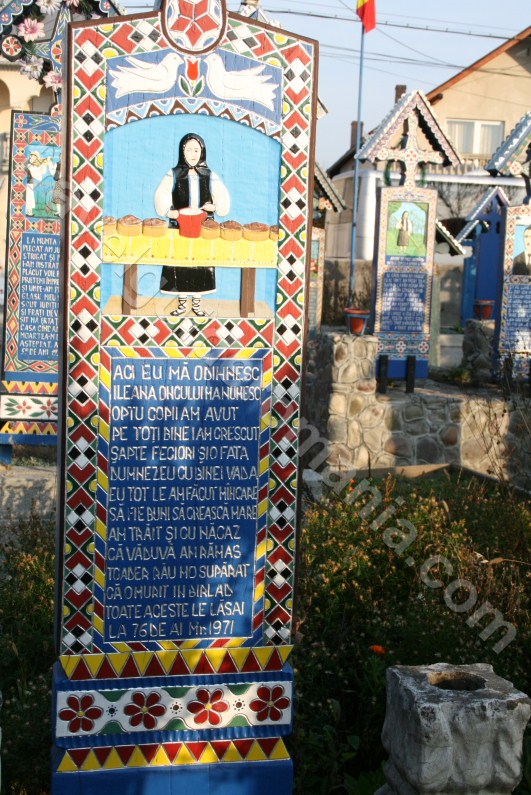 Through the epitaphs written on the tombstones, the craftsman praised or criticized the character and the life of the dead. Very often his texts had a touch of irony, especially when he wanted to highlight the flaws of the deceased. The combinations of vivid colors used on the wooden crosses, as well as the witty epitaphs written on them, explain why the place is known under the name of The Merry Cemetery and justify why it is a world-famous tourist attraction.

In the paintings from the cemetery there are many abstract motifs inspired from the decorations used on the wooden gates or in the textile fabrics from the region. For example, sometimes we encounter the solar motif located right in the middle of the wooden cross. 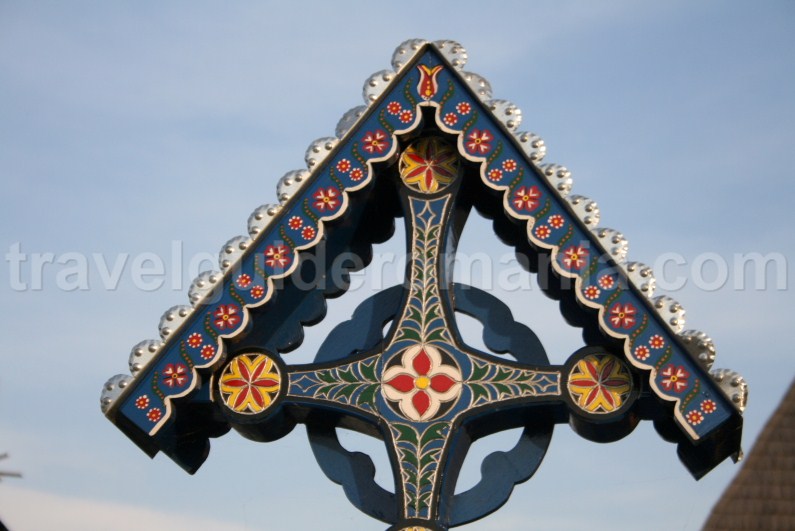 The technique used by Ioan Stan Patras is still in use today. He used vivid colors obtained from natural pigments. The crosses in the Merry Cemetery crafted by Ioan Stan Patras were painted in simple colors: red, yellow, blue, green, white and black. In the works of his successors show up additional colors such as pink, purple, various shades of green.

Ioan Stan Patras always carved the wooden crosses in oak. During his 50-year career, the artisan had multiple apprentices. The one that continues his work nowadays is the folk artist Dumitru Pop Tincu. He lives in the house of Ioan Stan Patras. The house is currently open for public visit. 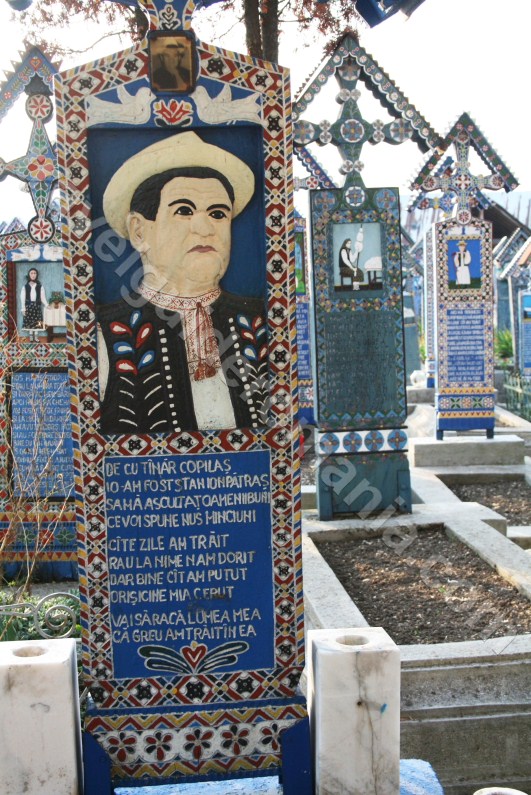 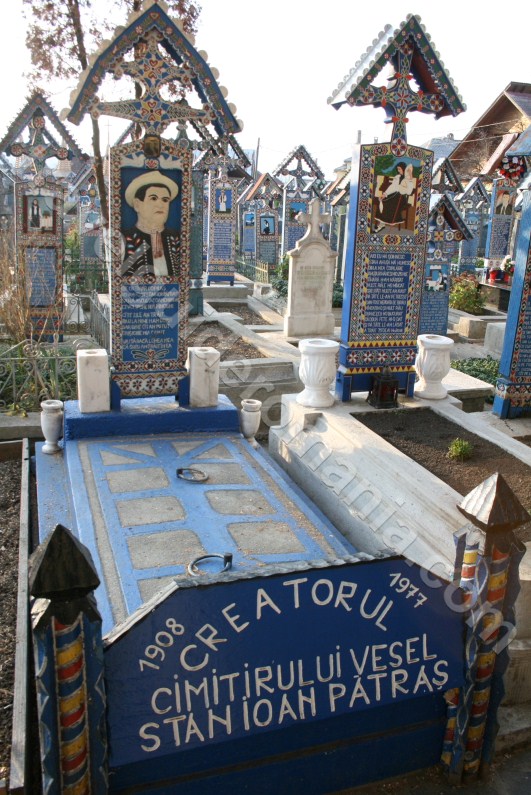 The cemetery of Sapanta is like a book about the life and death of the villagers. The artisan became a narrator who got to write the village chronicle.

Location: The Merry Cemetery is located in the village of Sapanta, in the heart of Maramures county in the northern part of Romania, close to the border with Ukraine. The first written record of this village dates back to the year 1373. 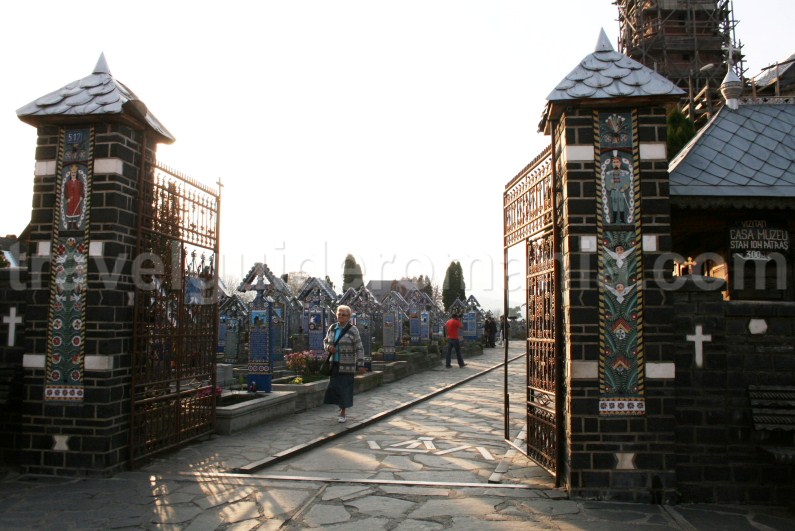 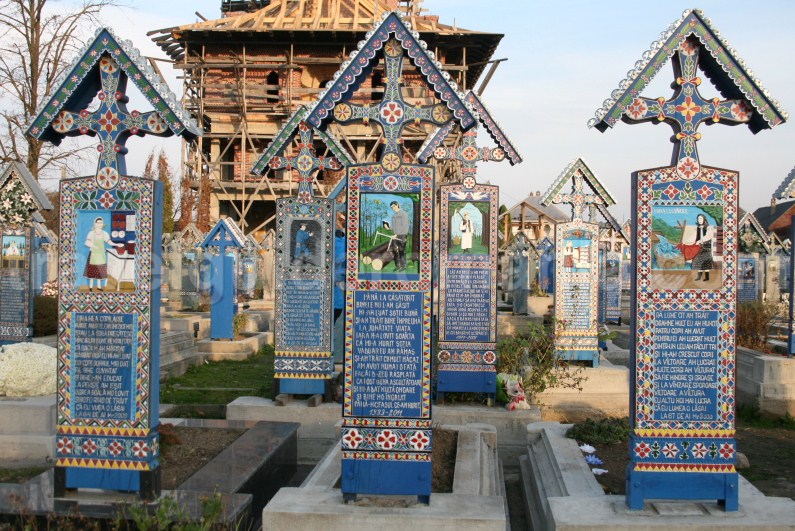 Outside the cemetery are booths where you can find various traditional, homemade objects. The prices are accessible.

After visiting the Merry Cemetery, do not hesitate to also visit the Stan Ioan Patras Memorial House in Sapanta or the Pain Memorial museum in Sighetul Marmatiei.

Easter customs and traditions in Romania