Rosia Montana – mining town in the Apuseni Mountains generated one of the most controversial subjects in Romania in the past years. The reason was the mining project proposed by the Romanian-Canadian Company, Rosia Montana Gold Corporation (RMGC).

RMCG’s plans was to exploit one of the most important gold deposits in Europe, here in Rosia Montana. The irony is that the GOLD and other important mineral deposits (what drew the Canadian company today), is what drew the ROMANS here, who developed this area.

General Description: Rosia Montana town, whose name translates as Alburnus Maior in Latin, Goldbach in German and Verspatak in Hungarian, is found along the Rosia River.

For those of you who will get in this area, you have to know that the rich mineral deposits especially iron (that gives the reddish colour) contributed to naming the town. The content of the water exceeds 110 times the admissible quantity of zinc, 64 times that of iron and 4 times that of arsenic which makes the water undrinkable. 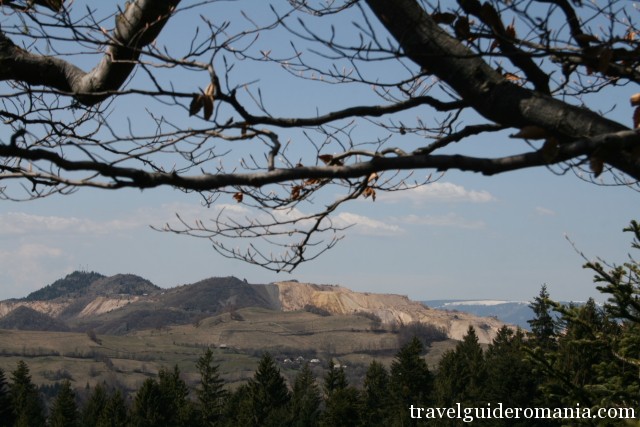 The town with a peculiar cultural and architectural patrimony was mentioned even before the Romans in the scriptural sources of Herodot, Pliniu and Titus Livius as a settlement with a tradition in mining precious metals.

The development of the site can be seen starting from the mining galleries: exploitation galleries, assistance galleries, ventilation galleries and water evacuation galleries (together with the spectacular draining systems) excavated under four massifs – Cetate, Carnic, Orlea and Letea. These elements compose one of the broadest and most important systems of mining exploitation in the Roman existence. 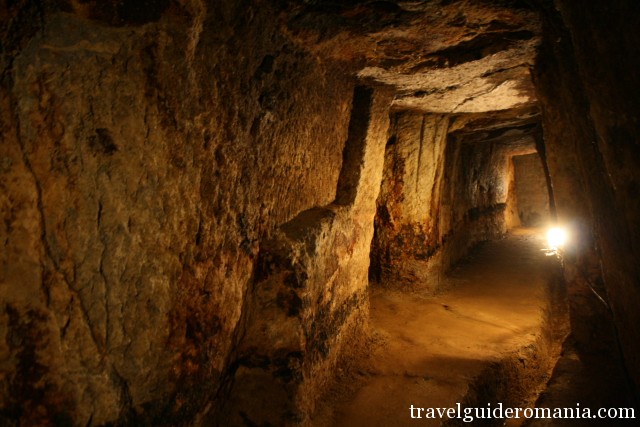 Location: Rosia Montana, chief town of the Rosia Montana commune, is found north-east of Abrud City in the Detunatelor Mountains, subunit of the Metaliferi Mountains. 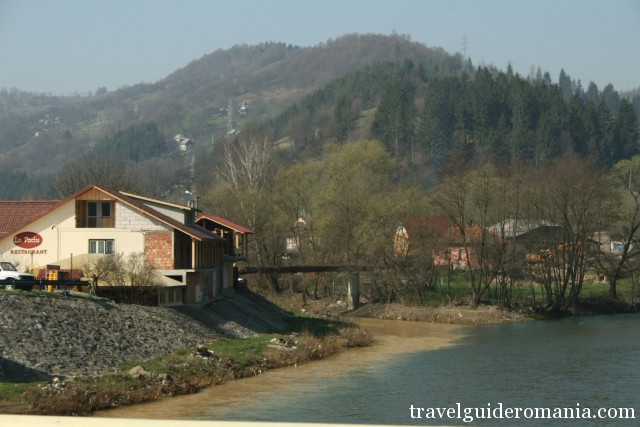 Access: you can get here only by car or by public transportation. 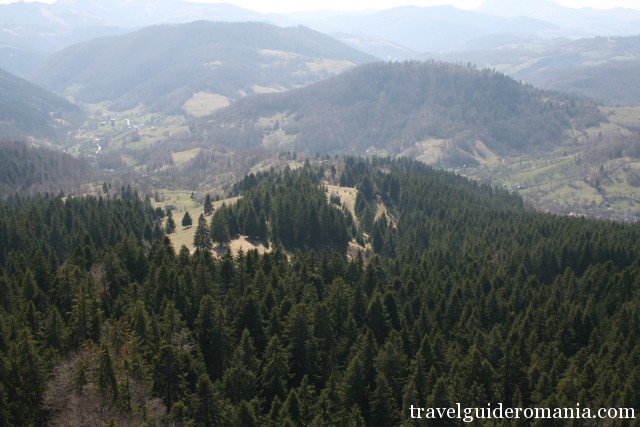 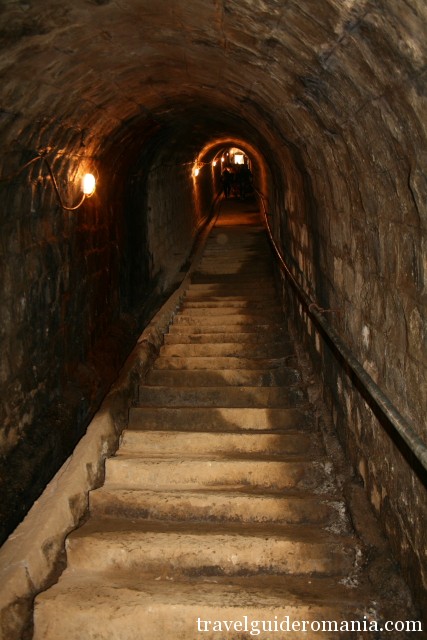 Main Tourist attractions: the Roman mines and the Mining Museum

The Roman mine is the most important attraction in the area besides the natural environment and scenery. It represents the historic legacy of the Romanians from the Roman Empire. One of the Roman Mine was arranged for sightseeing.

The city was first documented in 131 AD on a series of tablets discovered in the mine that represented legal contracts between the mine owners and the tenants.

Pricing – 8 RON per ticket for adults and 4 RON for children. 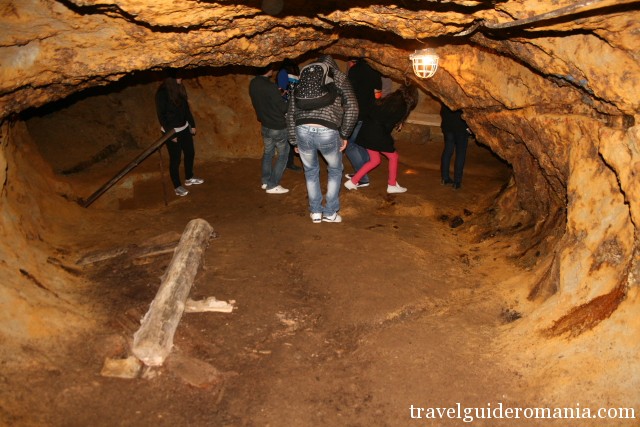 Please note that there is a minimum of 5 persons required for a visit. We suggest calling before the visit to affiliate to a group – 0258 783 165.

Although the tourist attraction is of paramount importance, the internal organization is reminiscent of the communist period. The tourist guides are former mining engineers that seem to expect a supplementary payment. In order to support touristic development in Romania we suggest asking for an entrance ticket at every tourist location. 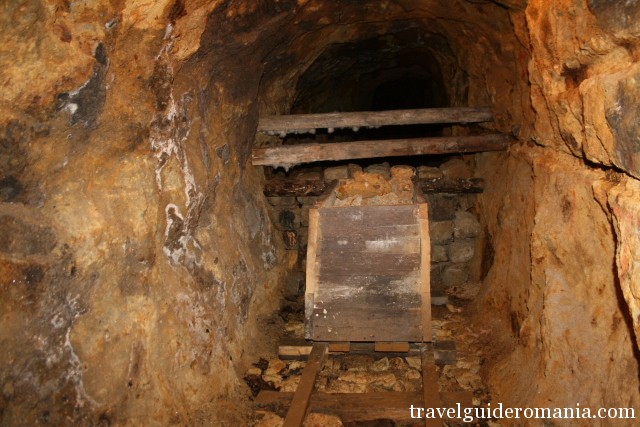 The Alburnus Maior Roman Gallery – dates back 2000 years ago when it was constructed by the Dalmatae and Illyrian miners who were brought here as colonists under the reign of the Roman Empire. Near the mine’s entrance, there is a reproduction of the old tablet which attests the existence of the town (131 AD), written both in Latin and Romanian. 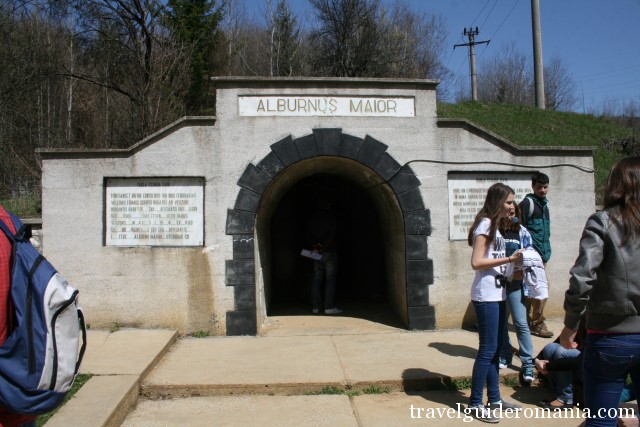 Because the guide knows only Romanian, we recommend bringing a tourist guide, especially if you are visiting with a large group. After a short presentation about the area and the Roman galleries, you will descend 157 steps of about 30 km elevation difference. The length of the Roman galleries that you will visit is about 200 m.

The importance of the Rosia Montana galleries is not limited to high antiquity. In modern times, the extraction of gold was one of the main occupations of the moti, an ethnicity found in Western Romania.

The Austrian administration brought miners from throughout the Empire and this is how a picturesque, yet European mining settlement came into existence. The Alburnus Maior site attests an exceptional exploitation system preserved throughout the 7 km of Roman galleries, plus over 80 km of medieval galleries. 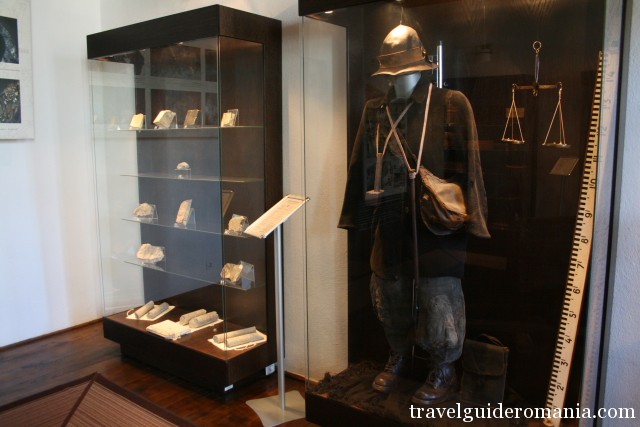 The gold-mining museum – the outdoor exhibition near the mine’s entrance completes the imagery of the Roman life and settlement.

The museum’s edifice houses photographs that attest a different epoch from what was earlier conjured. The moti, the native inhabitants of the place, are captured in the photographs, many of which attest traditional techniques of gold exploitation. 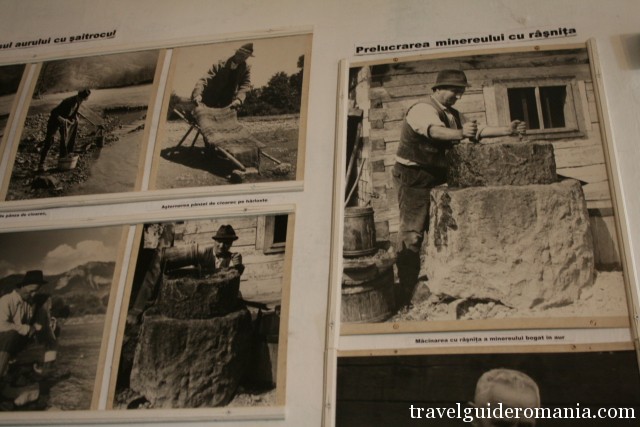 Other tourist attractions in Rosia Montana are:

– preserved components of modern epoch exploitation (remnants of the technical equipment: the narrow railway, the buildings of the processing factory, the mining administrative centre

– the constructions and edifices from the end of the nineteenth century, that are found in the centre of the locality, complete the cultural scenery of Rosia Montana

We recommend walking not only around the central part of the settlement, but you will be surprised to discover the native buildings which are highly valuable found on the outskirts. Your attention will undoubtedly be drawn to the Hungarian school, the German school, Henes House, and Szekely House. 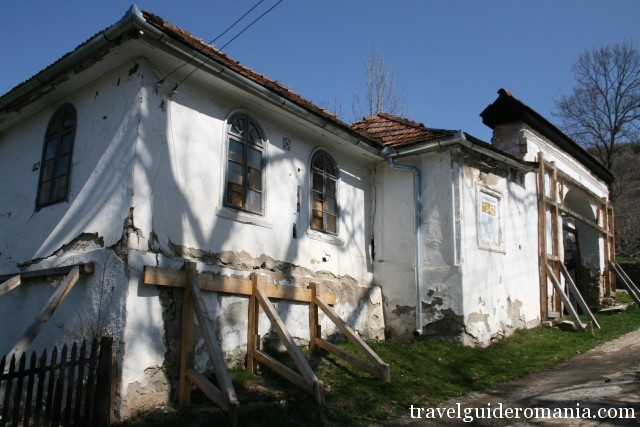 The intimate atmosphere and the well-preserved buildings (considering the lack of interest for the tourist development or for the patrimony of the area) highlight a unique Romanian settlement. The continuation of the mining activity (from the second century until the twentieth) is visible in the architecture of the area.

Although many affirm that the architectural patrimony will not be affected, if the mining project is approved they forget that a stand-alone site loses its value without the context that made. 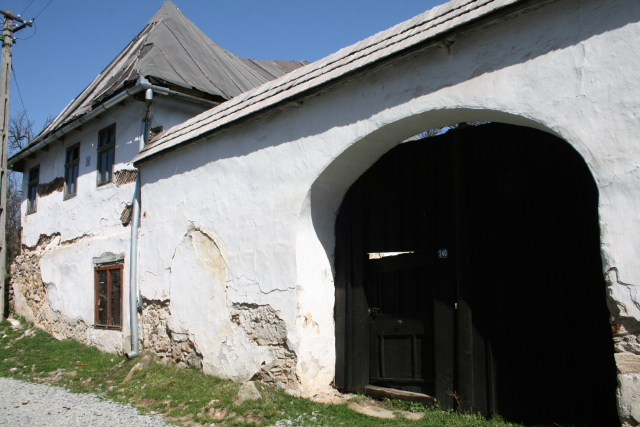 The controversy created by this project between Romania’s corrupt political class and its population (which seems as if awoken from a deep sleep) is not yet over. The ending is nearing but not yet revealing. 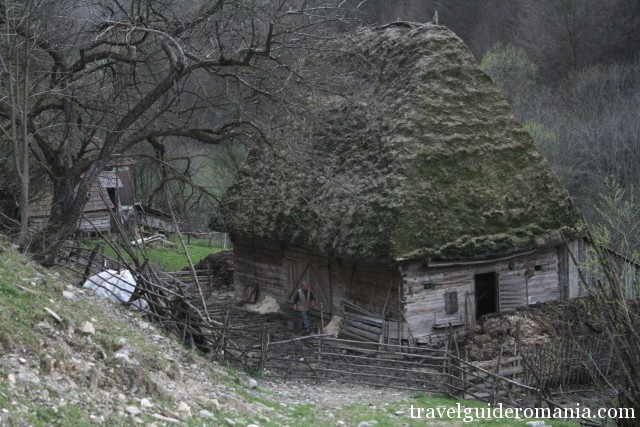 Don’t hesitate to visit the History Exhibition – The Gold of the Apuseni where you can admire gold samples found in Rosia Montana’s cheeks and old equipment used by the miners in exploitation. 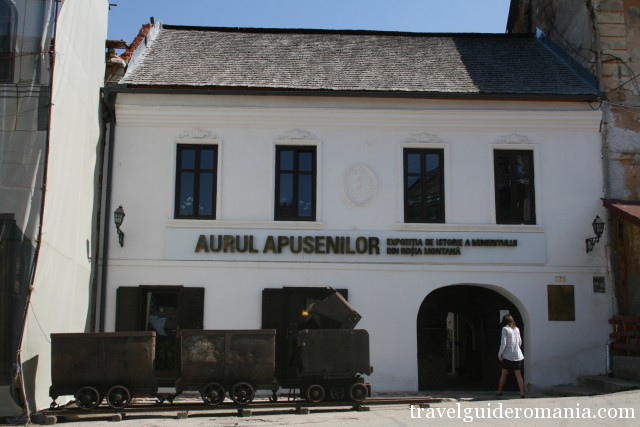 For those of you who enjoy trekking, we suggest visiting also the Detunate, a tourist attraction near Rosia Montana – two volcanic peaks formed from basaltic lava solidified as enormous pillars and columns. 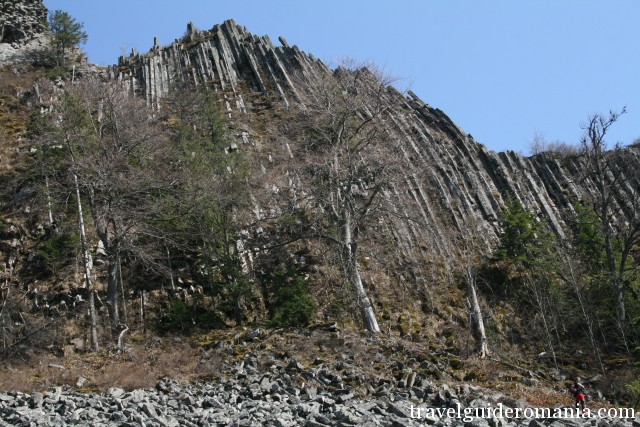