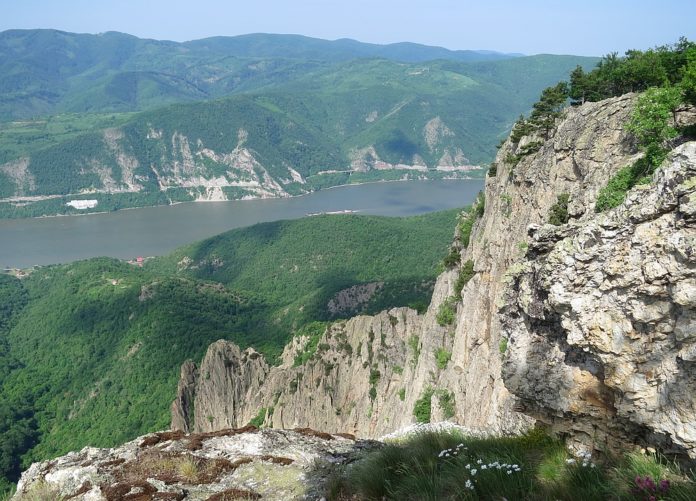 The Trescovat Peak found in Iron Gates Natural Park (Portile de Fier) is a spectacular lookout point above the longest gorge of the Danube course.

The Trescovat Peak is a stone formation that draws your eyes due to its special aspect. It is different from the surrounding peaks that are mostly karstic. Its aspect is due to the volcanic rocks that compose the impressive rock wall. With its 755 metres, Trescovăţ is one of the highest peaks in Iron Gates Natural Park (Portile de Fier). 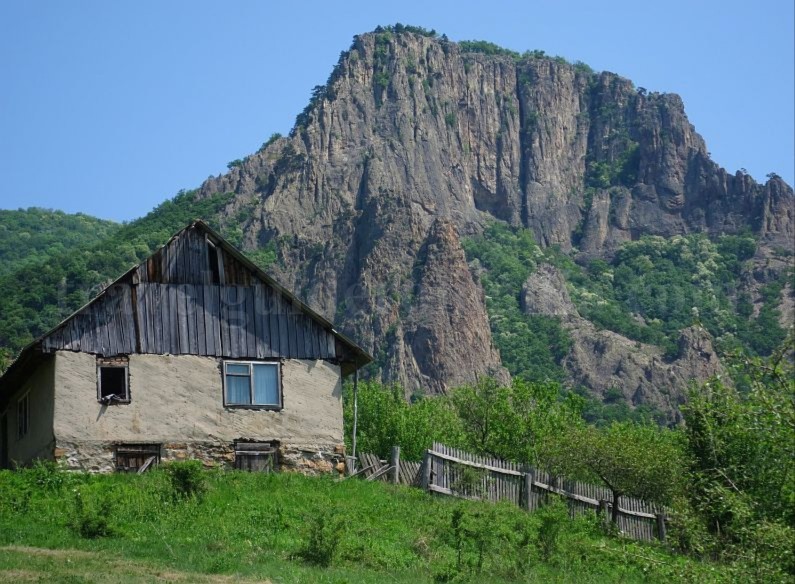 Iron Gates Natural Park has a surface of 115.655, 80 ha. In addition is also the navigable channel of the Danube witch is situated between Buzias and Gura Vaii. The Park also includes the southern peaks of the Banatului Mountains (Locvei and Almajului) and a section of the Mehedinti Lowlands. 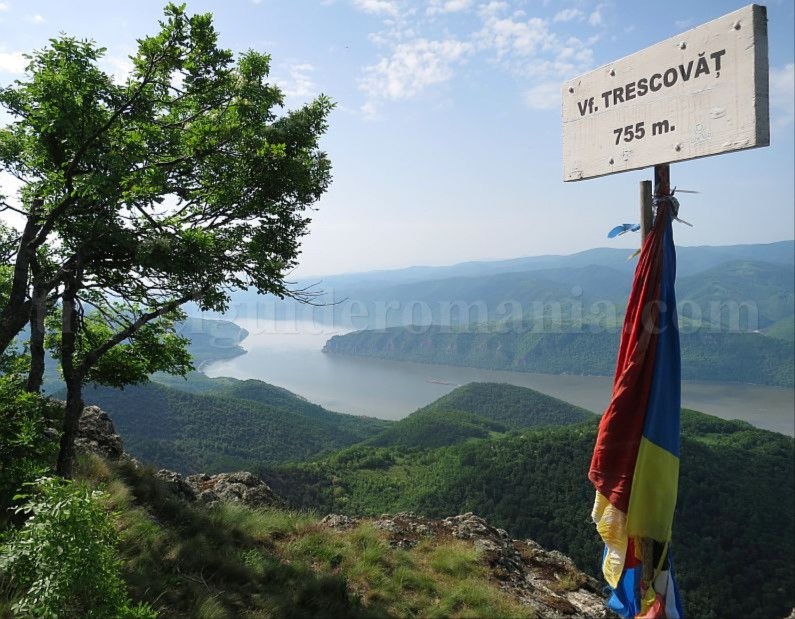 The Danube flows over a total portion of 134 km, the Boilers area being its longest  and its narrowest gorge.  Here, the length of the Danube can get up to 180-250 meters. 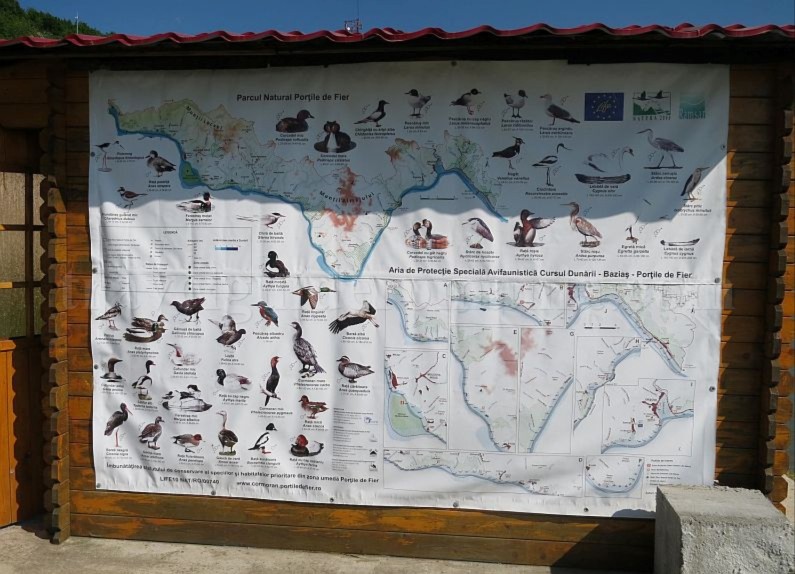 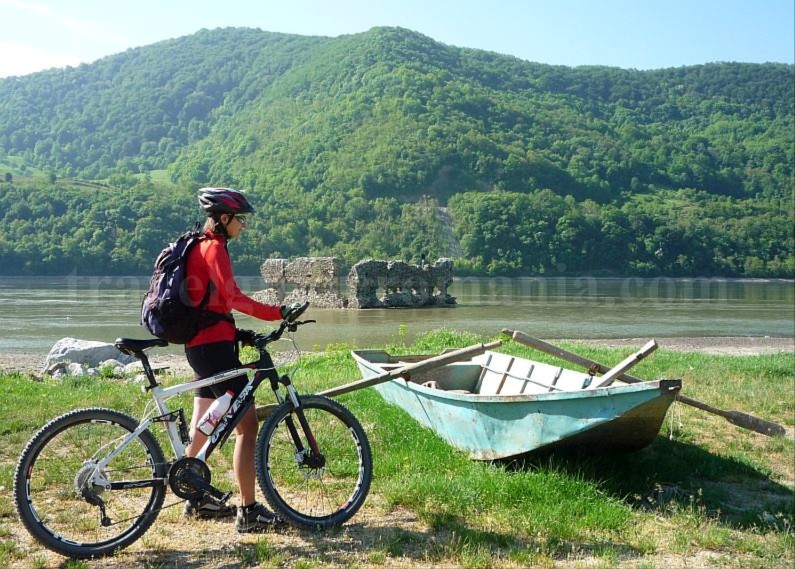 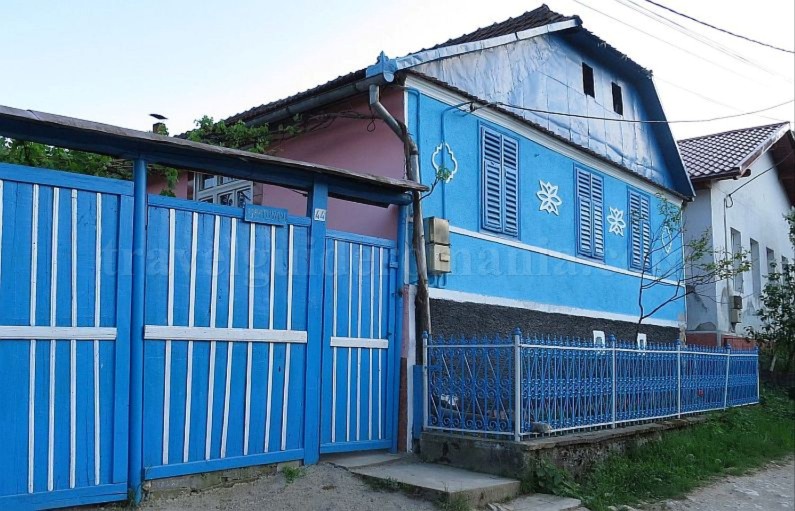 You can also visit archaeological or natural sites:

In Iron Gates Natural Park the diversity of flowers and animals is also another reason for visiting the area. We find here a blend of Continental-European elements and Southern and sub-Mediterranean ones. Here, the beech, the birch and the yew tree descend a lot in the Gorge. The bilberry is also going down to the lowest altitudes in the Trescovăţ Peak.

On the other hand, the Mediterranean elements go up to higher altitudes: the lilac or the Turkish hazelnut. Specific to the Southern Banat Region and the Danube Gorge is the vegetal association named “şibliac”. It is made of downy oak with oriental hornbeam, manna ash, lilac, Turkish plum tree, field maple, smoke tree and purple star-thistle. 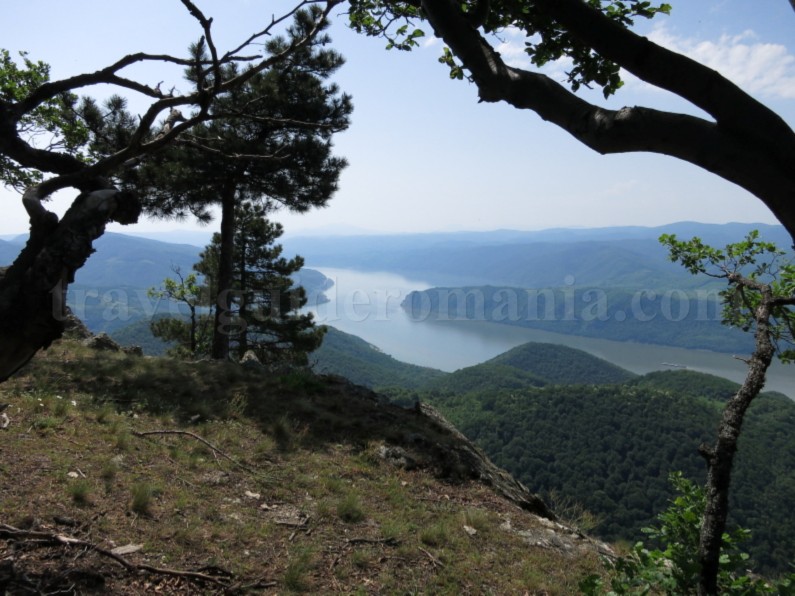 The Cazanelor Area (cazan means cauldron) stands out with its flower richness and the big number of endemic wildlife. You can see here the Cazanelor tulip, the European Cornel of Banat, the Cazanelor bellflowers, the wild Carthusian Pink or the rock iris.

Of the 250 bird species, 133 are strictly protected, among which the pygmy cormorant, the great bittern, the little egret, the common kingfisher etc.

A large number of birds can be watched during the migration. Over 20.000 birds migrate through the Natural Park Portile de Fier (Iron Gates). In order to watch them there are sites constructed in the area of Suşca and Sicheviţa. 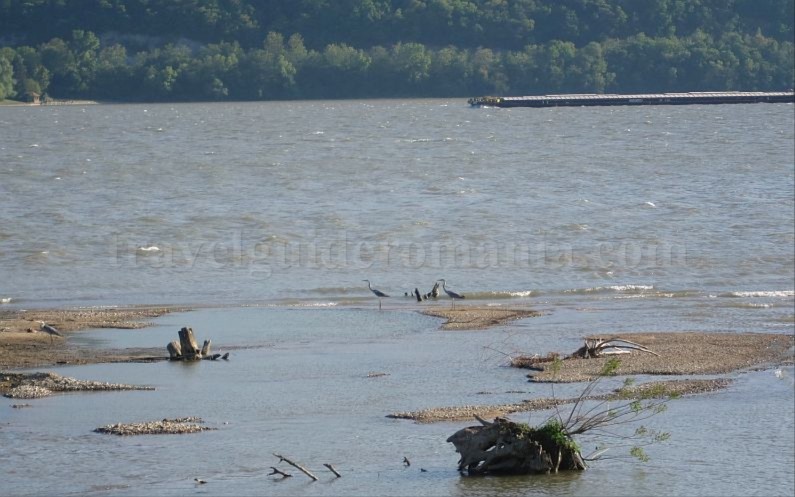 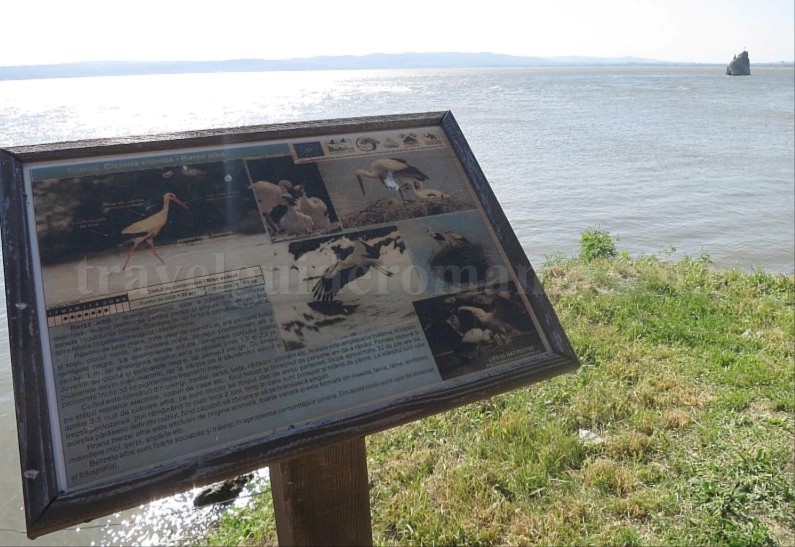 The Hermann’s tortoise is a symbol of the Park along with the Cazanelor tulip. The scorpion that you can encounter here is of small dimensions, such as a matchbox. Its venom is not lethal for humans, but its sting is quite painful. 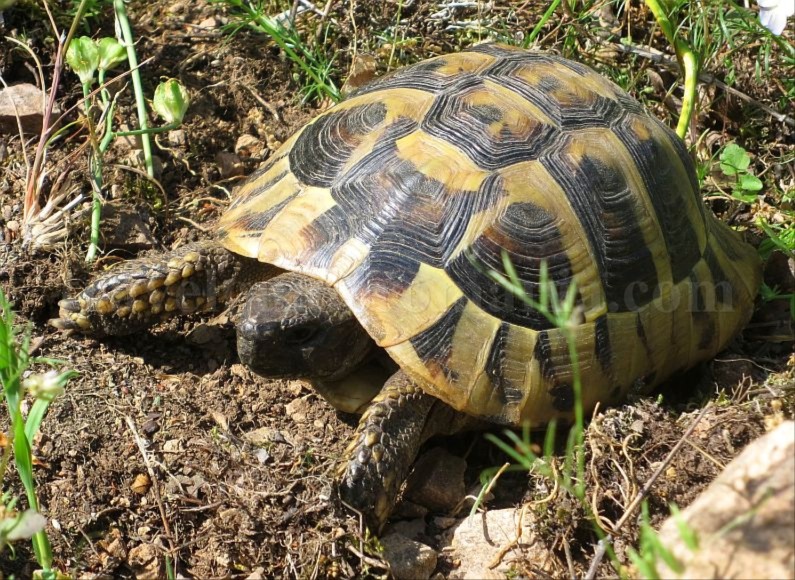 In the Park (area of Orşova, Dubova, Sviniţa and Moldova Nouă) there are 16 touristic marked trails and 4 thematic trails.

From the marked trails three of them are bike-friendly: 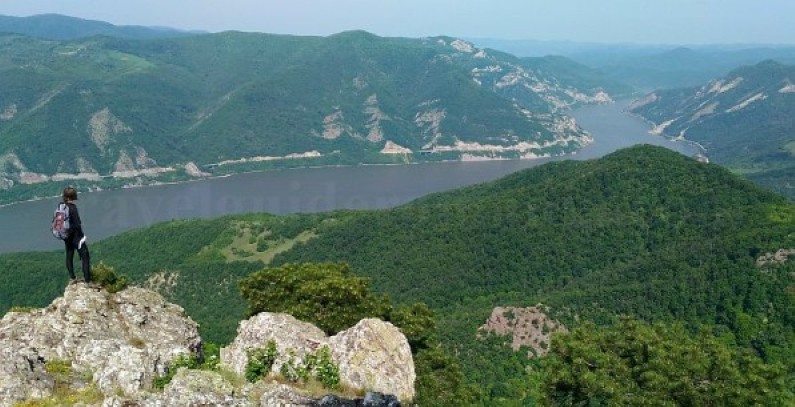 Access on the Trescovat Peak: is made on red triangle marked trail.

The path is starting from the road DN 57 (Moldova Veche – Orsova), between the villages Cozla and Şviniţa. At the two ends of the trail there are information panels and also signposts.

Length of trail:  approximately 10 km that you can do in about 5-6 hours. 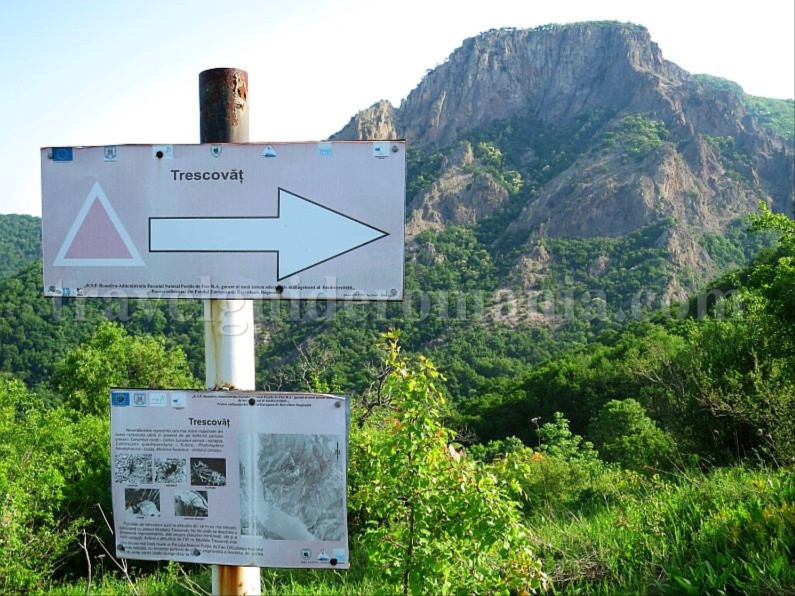 The trail demands a good physical condition, because there are difficult slopes, mainly at the end. The total difference in altitude is of over 675m.

From the plateau of the Trescovat Peak an impressive overview opens up. Certainly, you have at your feet a spectacular landscape, unique in Europe, a part of the Danube’s longest gorge . 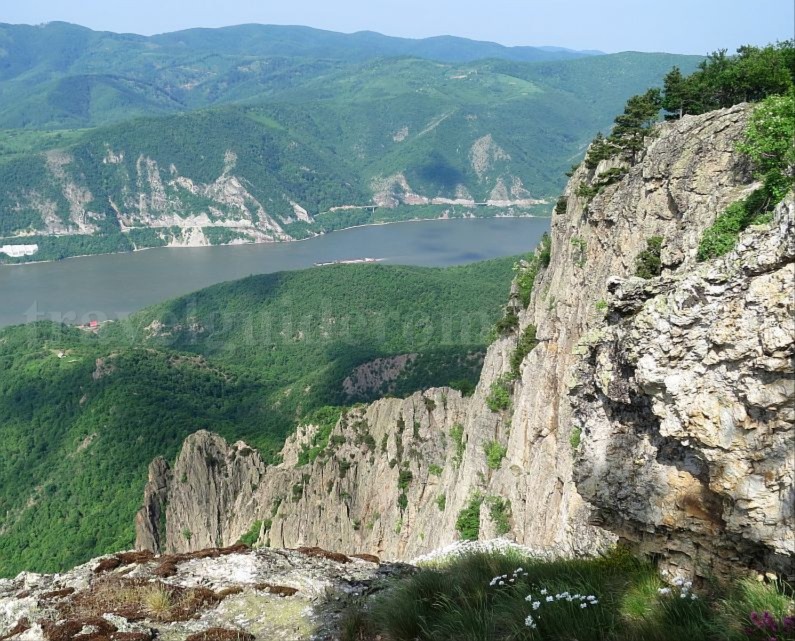 The trail winds through Austrian oak, horn-beam, Italian oak and beech forests, as well as through lilac bushes, flower meadows, rock areas and picturesque dwellings. Due to the flora and fauna richness there is a special preservation botanical area on Trescovăţ.

The sub-Mediterranean influences are present here as well. The black pine of Banat with its twisted forms due to the regional winds can be found on the plateau of the Trescovat Peak. 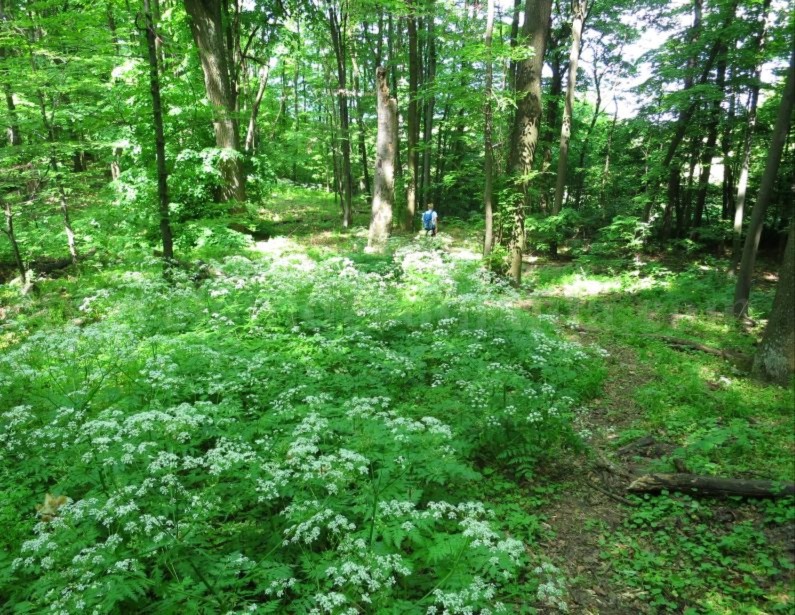 There are also protected species of amphibians and reptiles (the European green lizard, the Hermann’s tortoise and the horned viper) and of mammals (bats, wolves, deer, stags, wild cats, bears, wild boars). 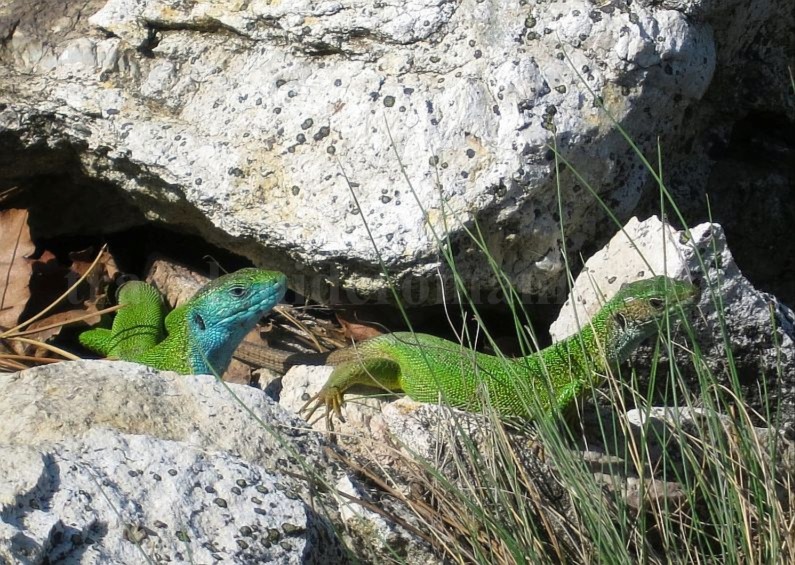 Recommendations for hiking on Trescovat: