Dragomirna Monastery is a Christian place of worship and a religious monument in Bukovina. A place which brings the admiration of every visitor due to its age, elegance and originality of style.

The church of the monastery is 42 m high and 9.60 m wide. It is the tallest construction of this kind in Moldavia. Its dimensions gives her a rare slenderness and unique elegance. 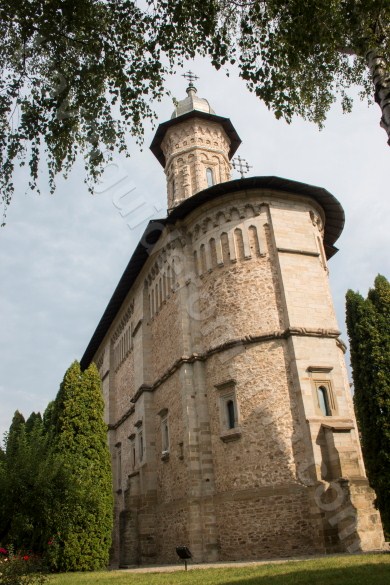 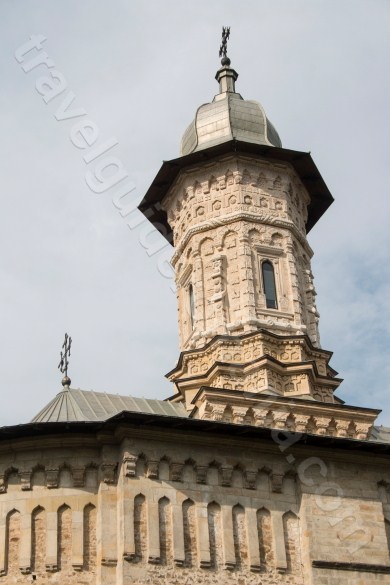 Access: situated only 12 km from Suceava, Dragomirna Village, Mitocul Dragomirnei Township. The road towards Dragomirna Monastery is quite winding. We suggest taking a GPS device with you, since monasteries are usually away from the main roads and their access is poorly signaled.

Entrance fee: just like in most monasteries in Moldavia, you will have to pay 5 RON at the convent.

We suggest dressing appropriately when visiting a place of worship. You will thus show respect for your place of visit. 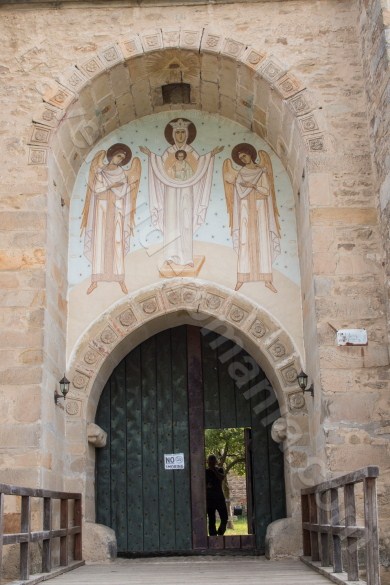 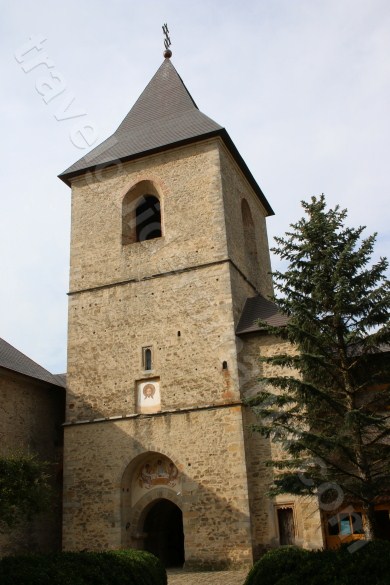 History: Dragomirna Monastery was built at the initiative of Anastasie Crimca, the scholar and metropolitan bishop of Moldavia. He had the help of Lupu and Simion Strioici, who were chancellors at the time.

In 1602 a small church was erected from a graveyard. She was followed by the big church – the monastery with the patron saint of The Ascending of Holy Spirit – in 1608. 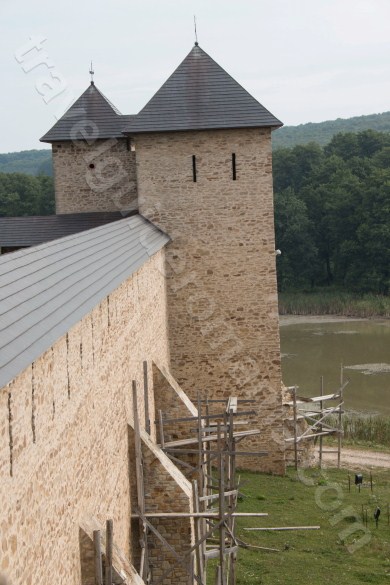 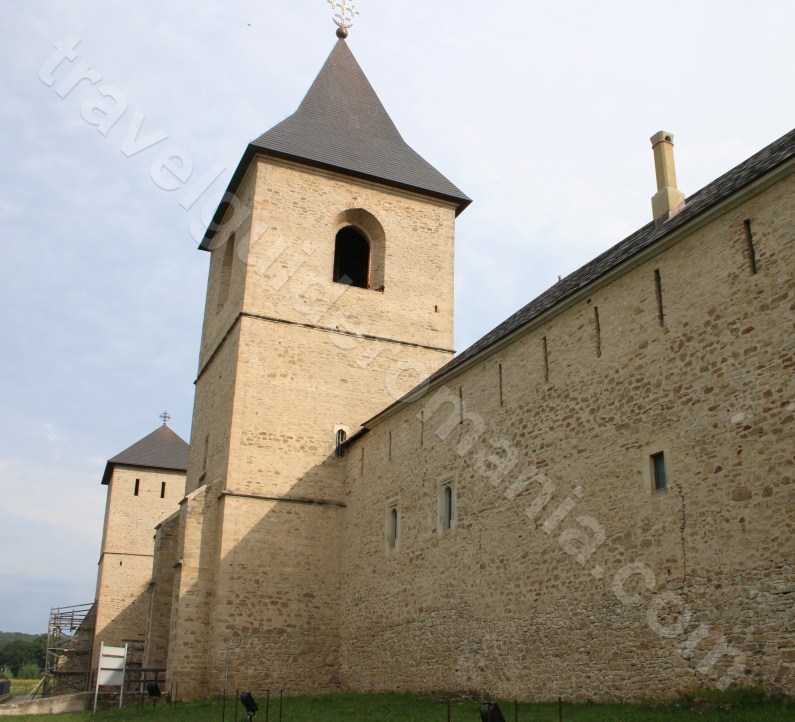 The fortress surrounding the church was built in 1627 by the ruler Miron Barnovschi. It was a time of increasing Turkish and Tartar invasions. Because of the invasions they preferred shifting resources towards defence. They let go of lavish exterior ornamentation that were customary to those times. 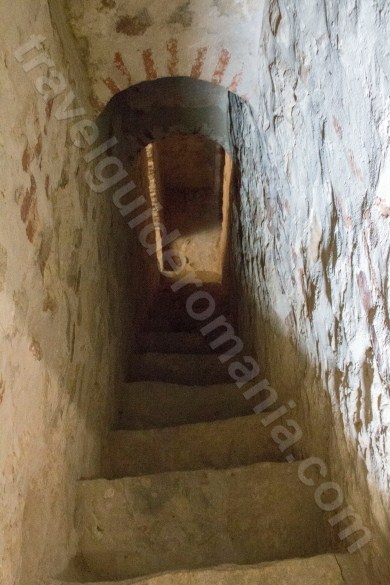 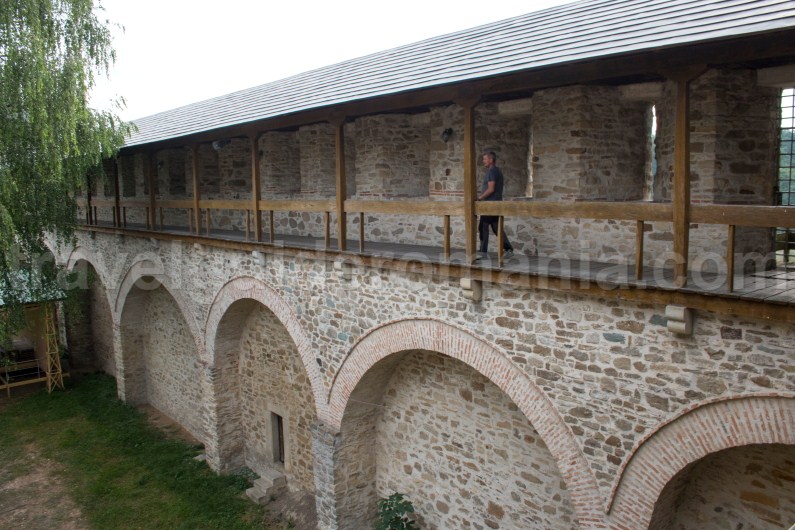 The original walls and bastions of the fortress are well kept, as well as the corner towers and the bell-tower near the entrance of the convent.

When you are visiting the monastery, do not hesitate to visit the crenelations of the walls and two of the corner towers. You will have a different perspective on the religious ensemble. 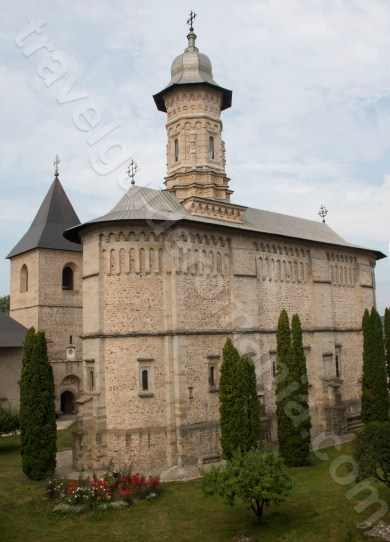 – The blueprints of the building are rectangular, elongated on one of its sides.
– There is one apse on the westward side.
– The stone used in building the church was only nicely cut at its pillars.
– The pillars end in Gothic-style buttresses.

– The small windows that shed light into the church are Gothic with linear surrounds.
– Under the cornice of the roof there are two rows of arcades. They are the only decorations of the walls.

On the other hand, the steeple of the Dragomirna Monastery was treated differently, having been lavishly decorated.

A wide repertoire of geometrical and vegetal elements were used. This was foreign to the local architecture, chiseled on stone embellish the beautiful Caucasian-like steeple. The steeple was erected on three levels: a square and two levels with 12 corners.

We can see the walls of the steeple repeating the motif of the stone belt found on the church walls. This distinguished ornamentation sets the steeple apart from the entire ensemble, becoming an iconic element for the entire monastery. 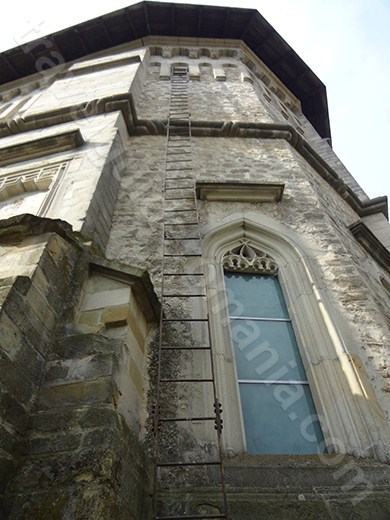 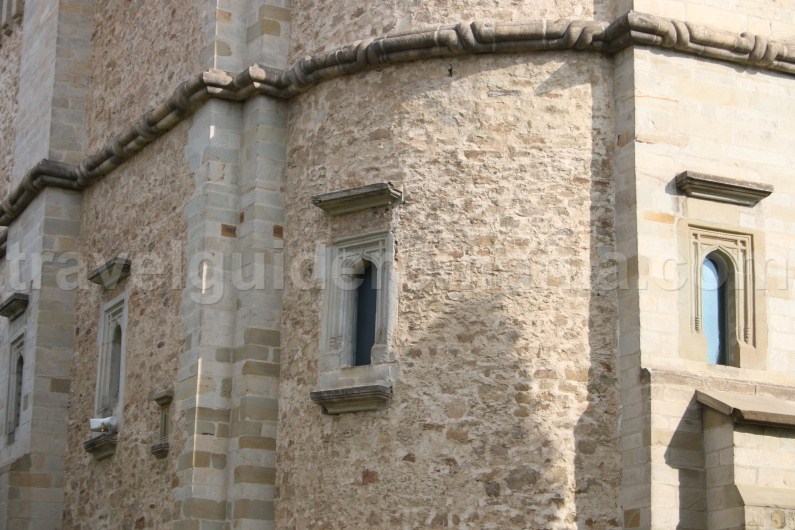 This decorative technique used on the tower of Dragomirna Monastery was a first in Moldavia. It reached its climax three decades later on Monastery of the Three Hierarchs in Iasi. All the facades of the church tower are entirely covered with stone embroidery.

Such a decorative technique is considered to be inspired from the filigree and miniature painting. Anastasie Crimca was a skilled penman and miniaturist.

The paintings of the church were made by three local artisans. A part of the church still has the entire original painting. The stone belt motif is repeated on the interior walls as well. The volumetric game of the steeple made through the intertwining of the stone belts is clearly highlighted through its paintings. There is of course a picture of Jesus Christ the Pantocrator on the dome of the steeple. 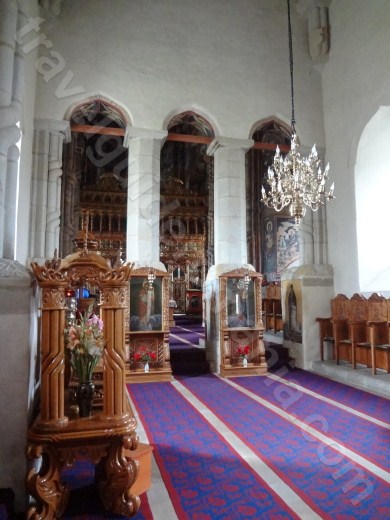 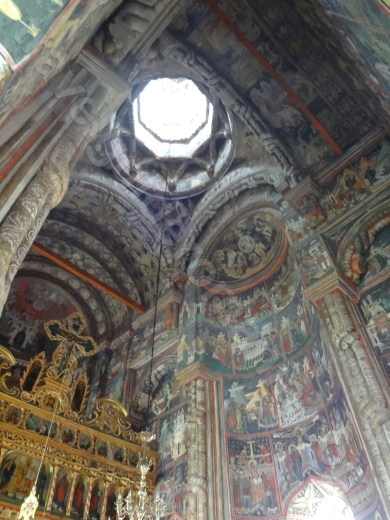 In the convent of Dragomirna Monastery there is a well-kept old building of the Princely Court where the museum of the monastery was set up.

We advice you to visit it. It contains an extraordinary collection of manuscripts, seven of which have been written up in the scriptorium of the monastery. Under the guidance of metropolitan bishop Anastasie Crimca, a monastic school for miniaturists came in existence at Dragomirna Monastery.

As his personal legacy, the metropolitan bishop left behind 25 manuscripts, most of which having been embellished with miniatures. Anastasie Crimca is the first painter of self-portraits in Romania. His face appears 15 times in 8 of his manuscripts, one being held on display at the monastic museum. 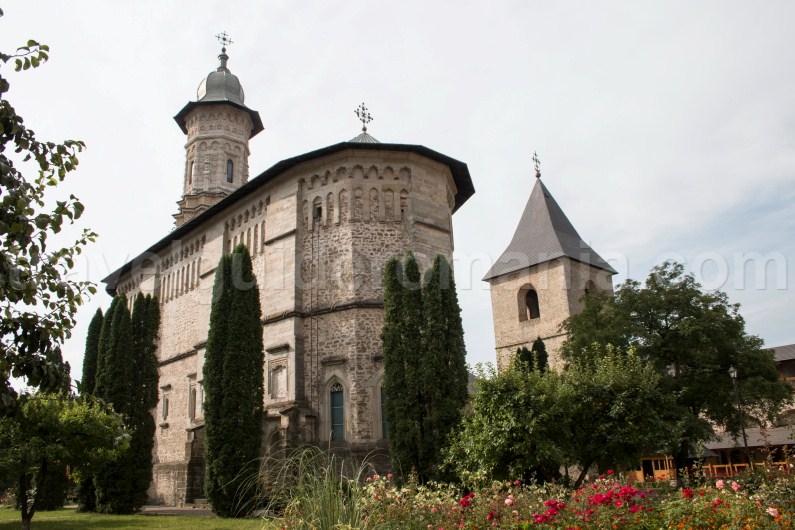 The architectural monastic ensemble has been under renovation since 2009, both for restoration and modernization of the infrastructure adjacent to the monastery.

Through the techniques for the preservation and restoration of the paintings inside the church, they also tried to give back the brilliance of the murals that decorate the altar and the nave of the church.

The picture layer since the seventeenth century was cleaned, consolidated and stabilised, eliminating the former negligent interventions.

If you find yourself in this wonderful convent, put your camera aside and listen to the stillness peculiar only to monasteries. Attend a church service in order to understand this entity. Try to surpass your condition of a simple tourist, and you will undoubtedly feel rewarded. 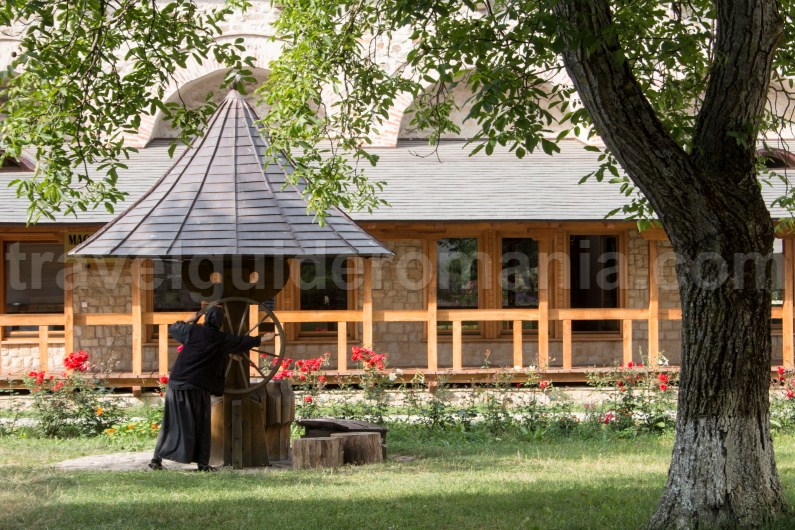 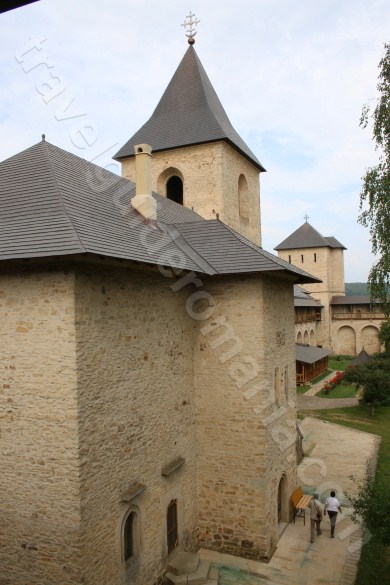