The Catholic St. Michael’s Church from Cluj-Napoca is the second greatest Gothic church from Romania. 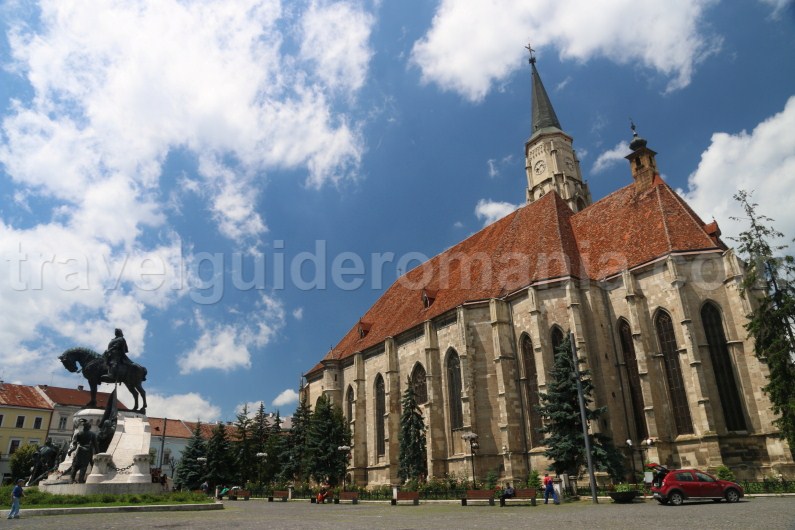 Hystorical overview: The people started working at the construction of the church in 1316, period when the Carol Robert de Anjou king reigned. In that period the locals form Cluj-Napoca the freedom of choosing their own priest was granted, hence a new construction for worship purposes was necessary.

The St. Michael’s Church represents the first version of full church-hall from Transylvania. It is considered to be the transition phase from mature Gothic conception times to the flamboyant Gothic morphology from the later period. 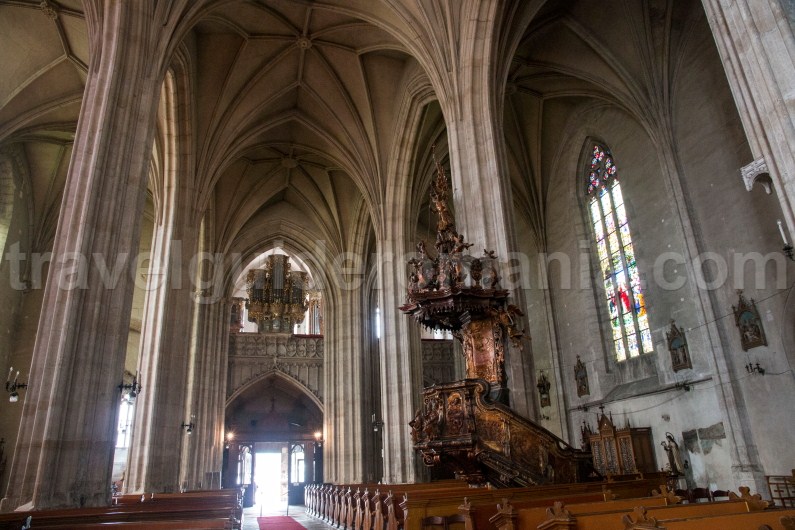 The chorus is build of four cross vaulted bays on warheads.

Vaults are supported by slender pillars whose rectilinear momentum is interrupted by horizontal breaks marked by capitals. Over time the church has gone through several restorations. However many things were preserved in their original form, like organ. The organ was made in 1753 by the master Johanne Sibiu Hahn. 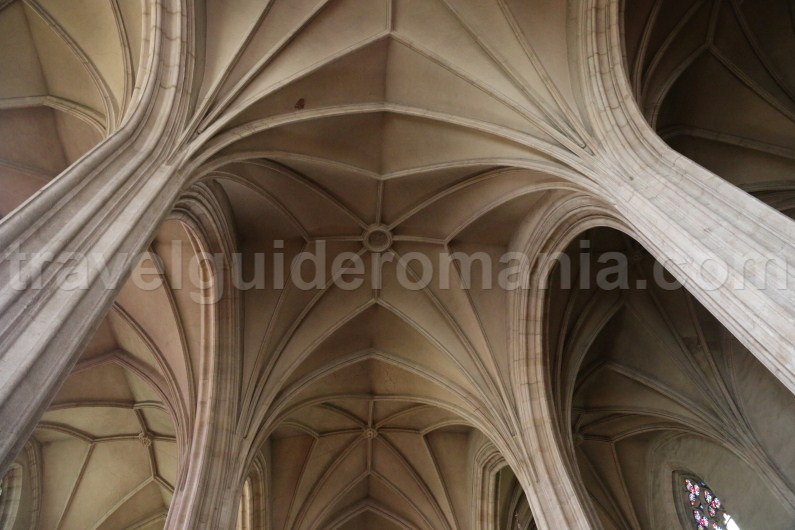 It was designed in the Baroque style, being rebuilt several times over the years. Today, the church hosts many symphony concerts and also some organ recitals. ” St. Michael ” from Cluj-Napoca houses a representative number of altars, namely 11 in total.  5 of them are Gothic altars of the medieval period and 5 altars are baroque.

The altar currently used for keeping jobs is built in neo-Gothic style and dates from 1870. The body of the pulpit is wooden carved wooden. 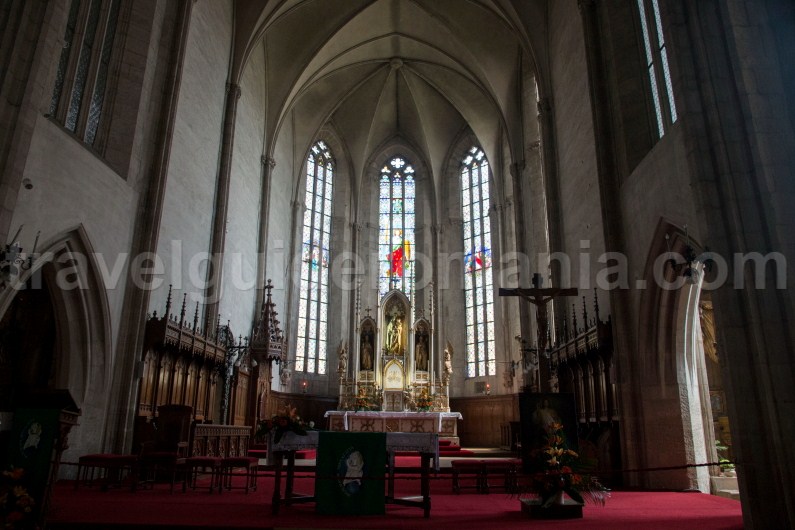 St Michael impresses its visitors with its old monumental tower. The tower can be visited, that if it happens to be one of the days when the person responsible for the tower, is at the church. Normally, the person should be there three days a week, but you can not know in advance which days are lucky.

The Gothic Massive tower is 80 meters tall and along with the four meters cross is said about him that would be the highest church tower in our country.

In the south-west tower floor, there is the Schleynig chapel, build attributed to the Gregorovius Schleynig pastor, whose harmonies are depicted on the keystone. In 1480 the vault was replaced here the cross on the warheads, the first of its kind in Cluj-Napoca. In this chapel was baptized Matthias, considered to be the greatest king of Hungary. Only in this part of the church is preserved part of the wall paintings (in the chapel Schleynig).

The church ” St. Michael ” from Cluj-Napoca is unique in Transylvania. Historians claim that the basement of the church is a crypt, made in the Middle Ages.

This crypt is home to the tombs of the city elite of the Middle Ages having important heritage objects. Inside the church, between the north side chapel and the main vessel wall, there is a spiral staircase, so-called royal stairs. People says that two people can climb up and down at the same time without meeting. 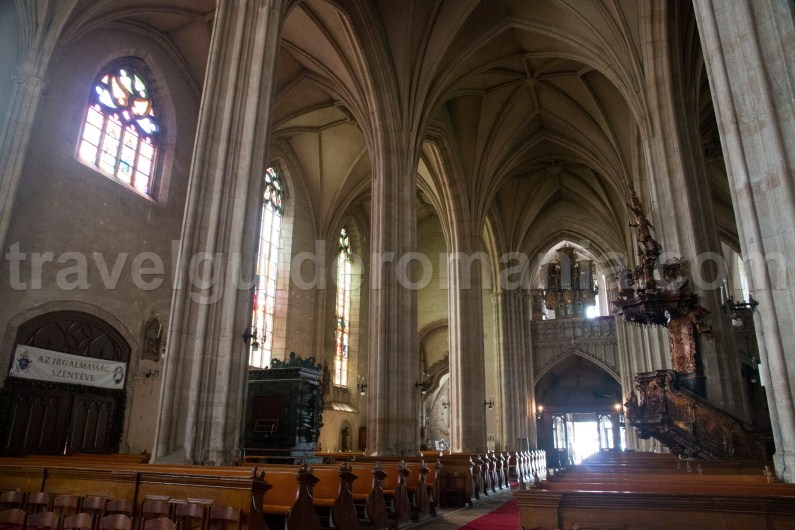 Another thing less known about this church is that it is constructed in three architectural styles. Most of the church ” St. Michael ” is built in Gothic style. Over time, however, its interior has undergone several restorations in Baroque style. Also, the church tower is built in neo-Gothic style.

The church ” St. Michael ” is the only one in Romania where, over time, religious services in four different religions were officiated.

In the first two centuries after the construction, Catholic services were celebrated. In the period 1545-1558 it was Lutheran church. Between 1558 and 1566 it became Calvinist. In 1566 it became Unitarian and remained so for 150 years until 1716, when it was returned again to the Roman Catholic community. Currently the services are supported in Hungarian. 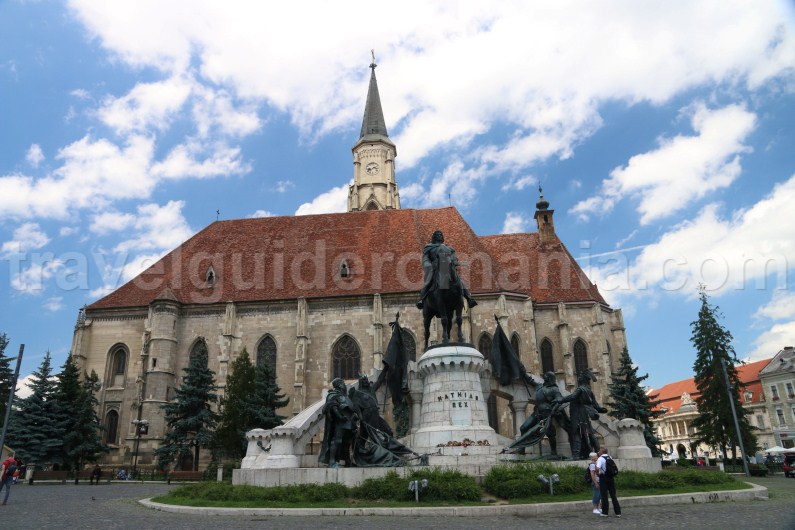 St. Michael is also a museum monument hence the museum schedule visiting hours are Monday to Friday from 9 to 16.

In the church organ recitals are held every Saturday from 17:00. By doing this for half an hour, many hearts are filled with peace and tranquility being captured by the harmonies from the works of the masters like Johann S. Bach, Dietrich Buxtehude, Oliver Messiaen, Michael Corrette. 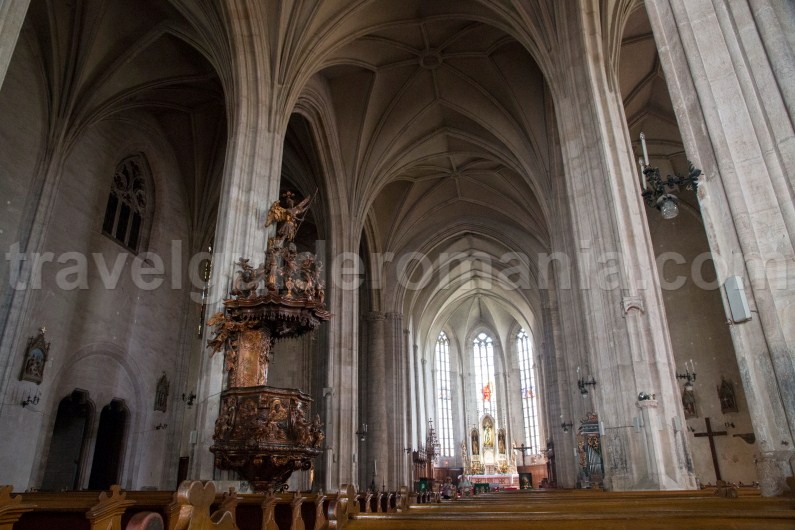 Everyone is free to take a moment of respite, and to sit on an upholstered bench of the church. These concerts are a respite both in the hot summer days when due to the massive church wall a low temperature is kept. In other seasons many Cluj residents, tired by everyday problems stop for half an hour and get carried in a state of meditation on a background of organ music.

Location and access: the St. Michael church is located in the central area of Cluj-Napoca.

Either you are crossing from west to east or east to west, on main roads, (as in the street Napoca – Heroes Boulevard and Avenue December 21-Memorandum street respectively), you pass on one side or the other of the church. 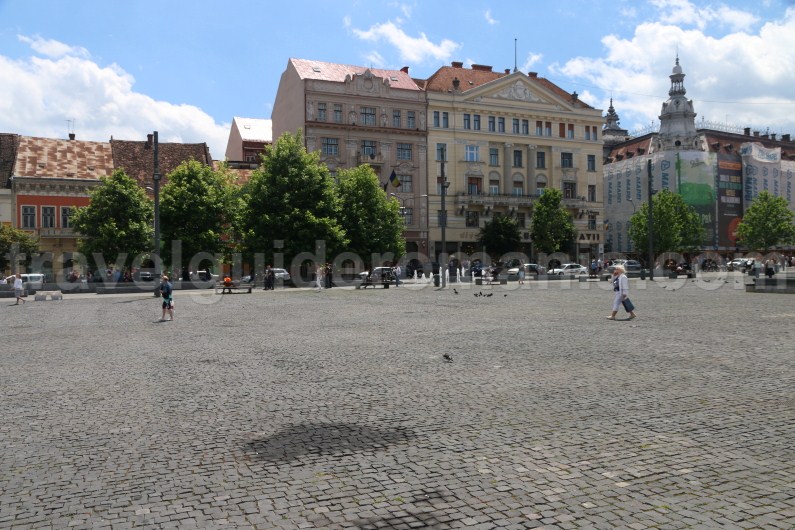 Being placed in the center of the city it means that numerous transport lines are also passing by the cathedral.

The church is placed in Union Square, a place where many events are held that are part of life in Cluj-Napoca, namely various fairs, concerts, 1st December demonstrations etc. 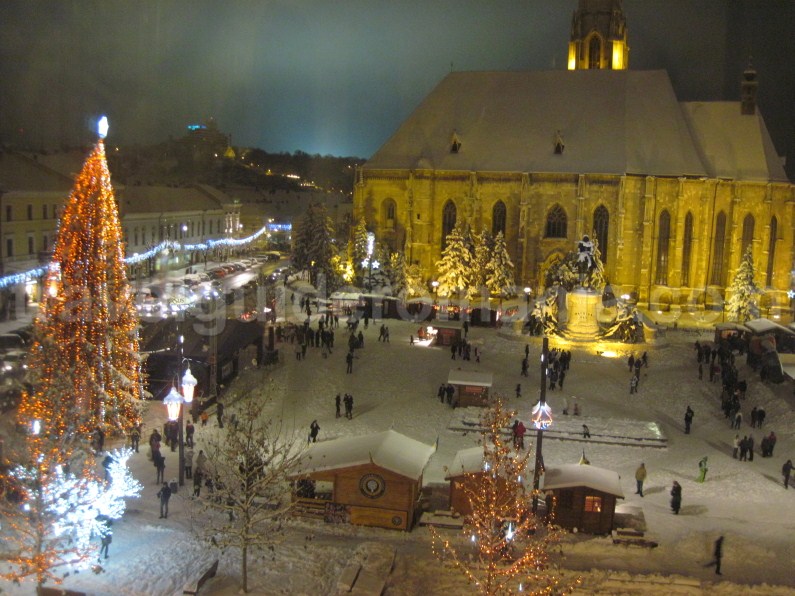 All around the Union Square there are a lot of parking spaces, some of which are reserved for taxis so it would be good, especially if you aren’t from Cluj-Napoca to be careful not to park in taxi drivers’ places, whereas many people returning to car had the unfortunate opportunity of finding a note from the police crew.

Thus, in order to visit the church it can be easily reached to by foot, by trolley or by car. Then you can choose one or more of the opportunities the Union Square provides for us: numerous Bistros, Donuts, Demmers tea house etc. 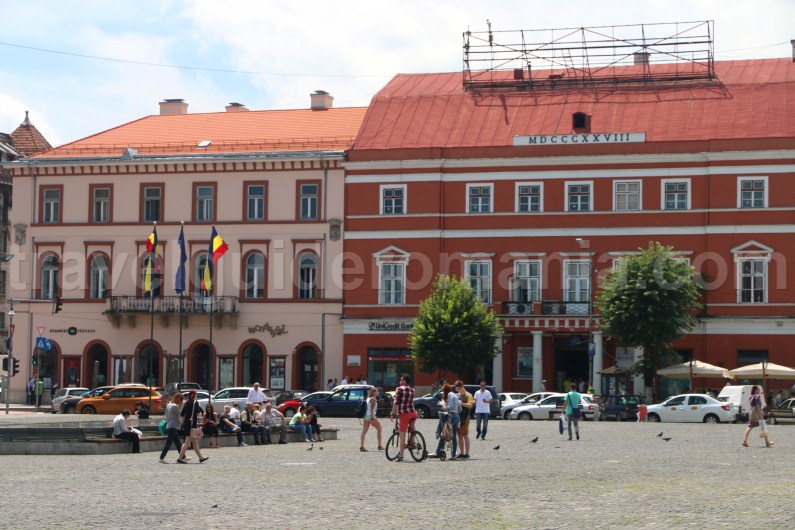